Vaginal hysterectomy is a lot more difficult to perform than an abdominal hysterectomy. Unless the gynecologist is well trained in vaginal surgery, there can be serious complications during the performance of the operation, including injury to the urinary bladder. A fear of injuring the bladder can lead to dissection in a wrong plane. Dissection into the front of the supravaginal cervix is a common error. We present such a case because the management of this error has not been documented well in the literature.

The space available for operating is limited during performance of a vaginal hysterectomy.[1] The anatomy is also a little difficult to understand, because conventional education of human pelvic anatomy is through cadaveric dissection, which is done by the abdominal route. Without adequate training and clinical experience, the operating surgeon can experience difficulty in finding correct tissue planes and performing the correct steps.[1] Finding the uterovesical fold of peritoneum  and opening it is an important step, of which many untrained surgeons are afraid out of fear of injuring the bladder. This may result in dissection in a plane that is too deep, passing into the supravaginal cervix. We present such a case and discuss methods of diagnosing the condition and managing it.

A 45 year old woman, married for 28 years, multipara, presented to the outpatient department with complaints of menorrhagia for 2 years. There was soakage of 3-4 pads per day and passage of clots. She also complained of something coming out per vaginum for 2 years, which was aggravated by straining and required digital manipulation for reposition. She had 3 normal deliveries and 1 intrauterine fetal demise. She had a history of lifting heavy objects at home on a regular basis. There was no other significant contributory factor like history of chronic cough, constipation, urinary retention or medical or surgical illness. On examination her vital parameters were stable. A speculum examination revealed hypertrophied cervix, a second degree uterovesical descent, moderate cystocoele and rectocoele. The vagina was healthy. On per vaginal examination the uterus was normal sized, retroverted, firm and mobile. Her PAP smear showed severe inflammatory cell changes and endometrial aspirate showed no malignant cells. Her investigations for fitness for anesthesia showed normal values.
She was posted for Vaginal hysterectomy with anterior colporrhaphy and posterior colpoperineorrhaphy. The operating surgeon was a resident doctor being assisted by a junior consultant. The patient was put in lithothotomy position under spinal anaesthesia. Anterior pouch dissection was started after making infiltration of normal saline under the anterior vaginal mucosa and incision into the vaginal mucosa just above the portio vaginalis. Dissection was attempted between the cervix and the bladder, but the correct plane could not be found. We were called at that stage. Figure 1. The cut edges of the supravaginal cervix (yellow arrows) are held with two Allis’ forceps. Figure 3. The plane is being dissected by placing closed blades of a curved hemostat at the lower end of the plane and opening the blades widely. 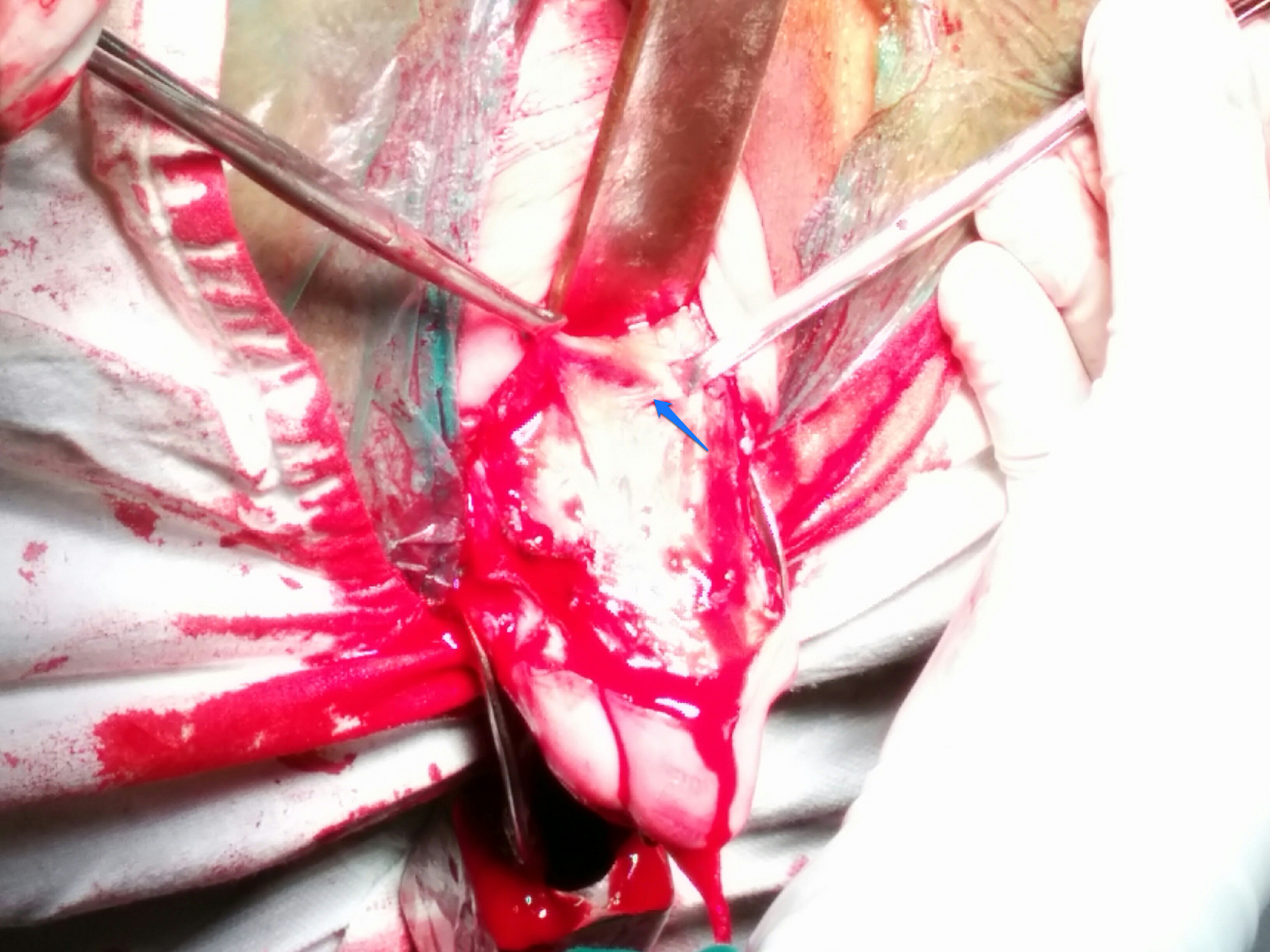 Figure 4. The blue arrow indicates the uterovesical fold of peritoneum.

It was found that the incision had passed into the supravaginal cervix. The upper cut edge of the cervix was identified on the bladder wall. It was held with two Allis’ forceps and drawn down. The pubovesicocervical fascia was cut between the cervical edge and the bladder, and the correct plane was indentified between the bladder and the cervix. The plane was developed further by putting closed blades of a curved hemostat there and opening the blades in the transverse plane. The bladder was retracted with Landon’s retractor. The uterovesical fold of peritoneum was identified deep inside this plane. It was held with two hemostats and cut. Subsequent hysterectomy was carried out by the conventional technique. The patient made an uneventful recovery and was discharged after 5days.

Abdominal hysterectomy permits visualization of the pelvic structures clearly prior to making any cuts or performing any dissection of tissues. The uterus, the urinary bladder, and the uterovesical fold are clearly identifiable unless the anatomy has been distorted by pelvic adhesions or tumors. It is easy to hold the uterovesical fold of peritoneum, confirm that it is indeed the uterovesical fold by its looseness over the supravaginal cervix and isthmus, and cut it with scissors. The situation is quite different in a vaginal hysterectomy.[1] After cutting the anterior vagina near the portio vaginalis, the pubovesicocevical fascia has to be dissected in the correct plane that can be identified only with experience, and then the peritoneal fold can be reached. [2,3,4,5,6,7] An experienced surgeon identifies the fascial fibers which stand out as the divided vaginal edge is elevated held by two Allis’ forceps. After cutting these, the peritoneal fold can be reached. It is confirmed to be the fold by putting a finger over it and rolling it from side to side. It rolls very easily. On catching with two hemostats, it stands out as a thin translucent fold. In case of any doubt, the urinary bladder and the bladder neck can be identified by palpation of the inflated balloon of the Foley’s catheter in the bladder.[2,8] In case it does not help, the catheter can be substituted for with a bladder sound. The tip of the sound is directed backwards. It defines the lower limits of the bladder wall, so that dissection can be carried out away from it.[2,8] If the peritoneal fold is high in situation and cannot be reached, the uterosacral ligaments can be clamped, cut and ligated first. The uterus then descends and the peritoneal fold becomes accessible. It can be opened then.[2] In case all of these methods fail, the posterior peritoneal pouch can be opened first.[2,8] Then a finger can be passed behind and then over the top of the uterus to reach the uterovesical fold of peritoneum from above. Then it can be opened over the finger seen through it.