An anterior colporrhaphy is conventionally done by the vaginal route, as it is convenient and more effective than when done by an abdominal route. But if the patient requires and abdominal hysterectomy for any reason, the anterior colporrhaphy can be done abdominally too. The old technique of excision of a triangular portion of the anterior vagina and closure of the defect is now replaced by a site specific repair, as it is more scientific, more effective, and associated with no disturbance of urinary function as compared to the older technique. One such case is presented here.

A cystocele usually begins where the pubovesicocervical fascia between the urinary bladder and vagina tears at its attachment to the uterosacral-cardinal ligament complex (central transverse type) or white line (lateral type). A cystocele is best repaired vaginally. However if the patient needs an abdominal hysterectomy, an abdominal hysterectomy can be done after the hysterectomy. The repair involved excision of a triangular portion of the anterior vagina and closure of the defect. With advent of site specific repair of a cystocel, the principles used in vaginal colporrhaphy are followed in abdominal colporrhaphy too. The technique of an abdominal anterior colporrhaphy in a case of  a central transverse type of cystocele is presented.

After abdominal hysterectomy, the urinary bladder is dissected off the anterior vagina, up to the lower limit of the cystocele. A teraingular flap of vagina is excised, its base along tha antior cut edge of the vaginal vault, and apex at the lower limit of the cystocele, such that after approximation of the oblique cut edges, the anterior vagina will be re-formed without any redundancy. These edges of the vagina are sutured with sutures of No. 1-0 polyglactin. For an central transverse type of cystocele, the upper edge of the pubovesicocervical fascia (PVCF) is sutured to the uterosacral ligaments, its respective half to the respective side ligament, with interrupted sutures of No. 1-0 polypropylene. The two uterosacral ligaments are approximated in the midline to remove any slack in them and are sutured to the centre of the vault of the vagina, to suspend it and prevent a posthysterectomy vault prolapse. The vault of the vagina is closed with a suture of No. 1-0 polyglactin passed through the anterior and posterior edges. 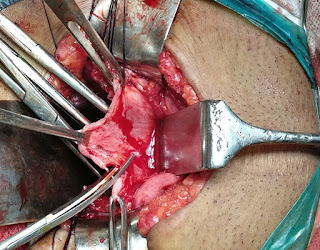 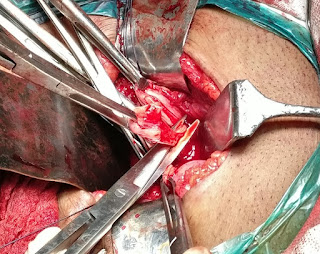 Figure 2. A triangular portion of the anterior vagina is excised, the apex of the triangle at the lower limit of the cystocele. 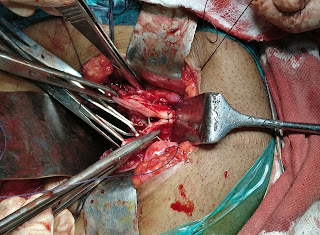 Figure 3. lateral edges of the defect in the anterior vagina are approximated with sutures of No. 1-0 polyglactin. 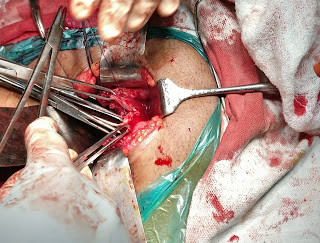 Figure 4. Closure of the anterior vaginal edges is almost complete. 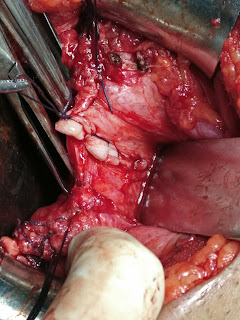 Figure 5. The longitudinal suture line in the anterior vagina is seen. 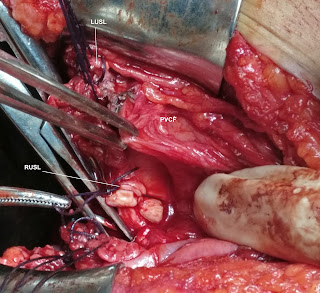 Figure 6. PVCF between the anterior vagina and the urinary bladder is drawn up. 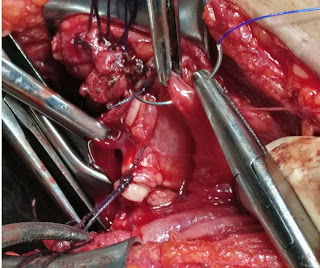 Figure 7. A suture of No. 2-0 polypolypropylene is passed through PVCF on the left of midline. 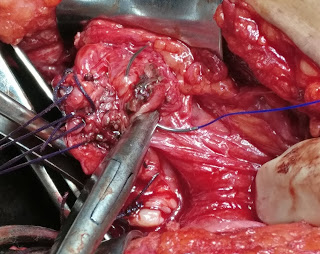 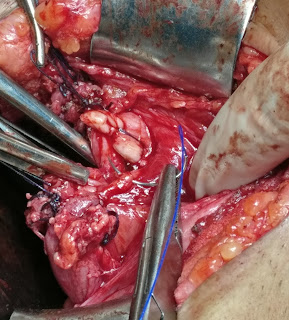 Figure 9. A suture of No. 2-0 polypolypropylene is passed through PVCF on the right of midline. 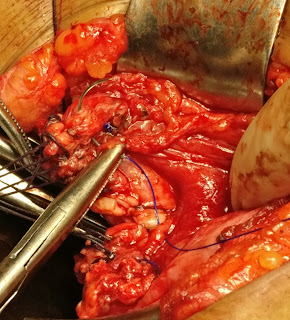 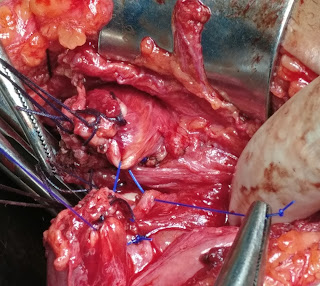 Figure 11. A suture of No. 2-0 polypolypropylene is passed through PVCF in the midline, LUSL and RUSL, approximating the two uterosacral ligaments in midline to each other and PVCF. 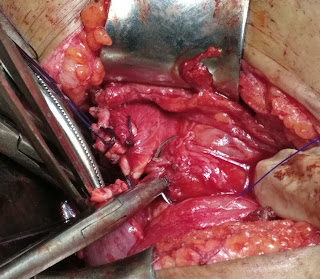 Figure 12. Fascial defect in midline between folded portions of the PVCF is closed with a simple suture of No. 2-0 polypolypropylene, to prevnt formation of cystocele through the defect in future. 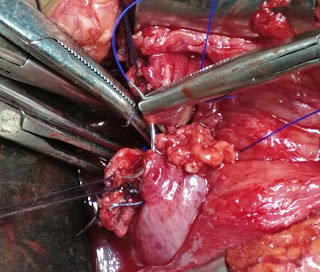 Figure 13. Two uterosacral ligaments are approximated in midline with a simple suture of No. 2-0 polypolypropylene, to remove any slack in them and improve support to the vault of the vagina. 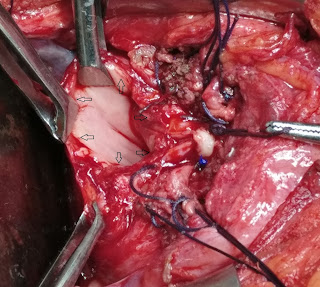 Figure 14. Anterior colporrhaphy and vault suspension are complete. The open vault of vagina is seen (arrows). 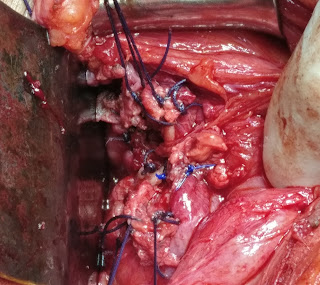 Figure 15. The vault of vagina has been sutured with No. 1-0 polyglactin suture.

Uterovaginal prolapse affects up to 50% of women.[1] About 11% of all women are likely to require repair of such a prolapse.[1] with a lifetime risk of undergoing surgery for POP or incontinence of 11% .[1] The anterior vagina and bladder base are separated by PVCF, which is attached to the uterosacral-cardinal ligament complex in the center and the white line over the obturator internus fascia laterally. It connects the vagia to the bladder and urethra in front and supports them. If it tears from its attachment(s) a cystocele forms. Tear from the ligament complex produces a central transverse type of defect, as was seen in the case presented. Tear from the white line results in a lateral type of cystocele, which can be uni- or bilateral.[2-4] Such tears occur as a result of childbirth trauma.[5]

Conventioanl repair of a cystocele involved plication of the PVCF in the midline, irrespective of the type of defect present. It was not scientific, as it did not address the pathology. Hence it was more likely to fail.[6] It also disturbed urinary physiology and produced postoperative urinary symptoms. It has largely been replaced by a site specific repair.[7-10] It is convenient to perform the operation vaginally, as that is the direction in which the vagina passes with prolapse. It is also more likely to be complete due to ease of access.[11] But sometimes an abdominal colporrhaphy has to be done, as when an abdominal hysterectomy is necessary. To perform a colporrhaphy vaginally first would entail traction on sutures and bleeding during abdominal hysterectomy. To perform vaginal colporrhaphy after an abdominal hysterectomy is inconvenient as the patient needs to be repositioned, and a different set of instruments is required. An abdominal colporrhaphy is a suitable option in such cases. The old technique of excision of a triangular part of the anterior vagina and approximation of the cut edges is now replaced by a site specific anterior colporrhaphy.[12] The technique gives satisfying results as shown in the illustrations in this article.[13]