Abstract
A 60 years old postmenopausal woman presented with a complaint of postmenopausal bleeding for 6 months. She was a known diabetic on insulin. She had a small 1x1 cm polyp protruding from os. Ultrasonography (USG) showed a 3x3 cm hourglass shaped polyp extending from within the uterine cavity to external os. A fractional curettage with polypectomy was done. While histopathology report was still awaited she came back with complaints of heavy bleeding per vaginam in 2 weeks’ time, She was found to have a polyp at the os. Histopathology report of curettage specimen was suggestive of endometrial stromal tumor (EST). Immunohistochemistry showed CD10 positive cells suggestive of endometrial stromal tumor. A total abdominal hysterectomy with bilateral salpingo-oophorectomy was done. Histopathology revealed a benign endometrial stromal nodule (ESN).

A 60 year old with four full term normal deliveries in the past presented with complaints of postmenopausal bleeding for 6 months. She was a known diabetic for 18 years. She had undergone tubal ligation 25 years ago. General and abdominal examination showed no abnormality. On per speculum examination there was a 1x1cm soft to firm polyp protruding from os, bleeding on touch. Ultrasonography (USG) showed an hourglass shaped mass measuring 3x3 cm, extending from within uterine cavity to protrude from the external os. Her blood sugars were controlled with insulin therapy Polypectomy and fractional curettage were performed. While the histopathology and immunohistochemistry report was still awaited patient came after 2 weeks with heavy bleeding per vaginum with soakage of 6-7 pads per day, with passage of clots. She was examined and was diagnosed to have a polyp protruding from external os, bleeds to touch. USG showed a large polypoidal lesion arising from left posterolateral wall of uterus. Histopathology report of curettage specimen was suggestive of endometrial stromal tumor. Immunohistochemistry revealed CD10 positive cells. A total abdominal hysterectomy with Bilateral Salpingo-oophorectomy was performed. Histopathology of specimen revealed endometrial stromal nodule. 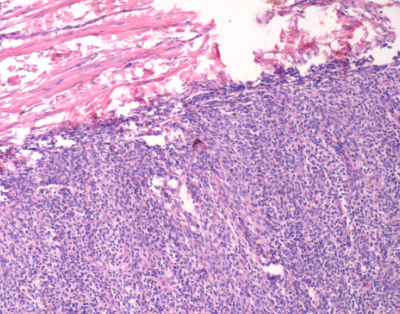 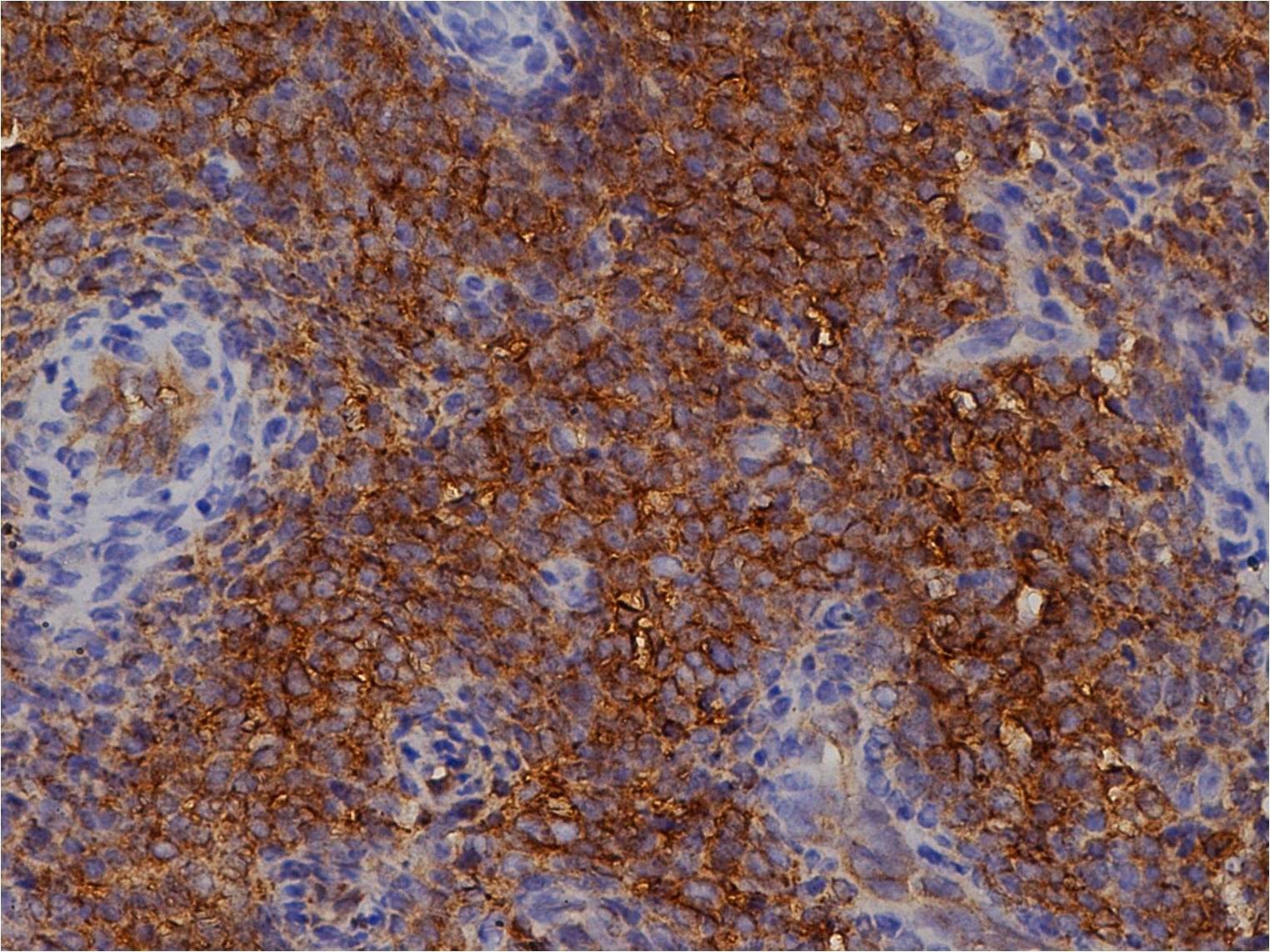 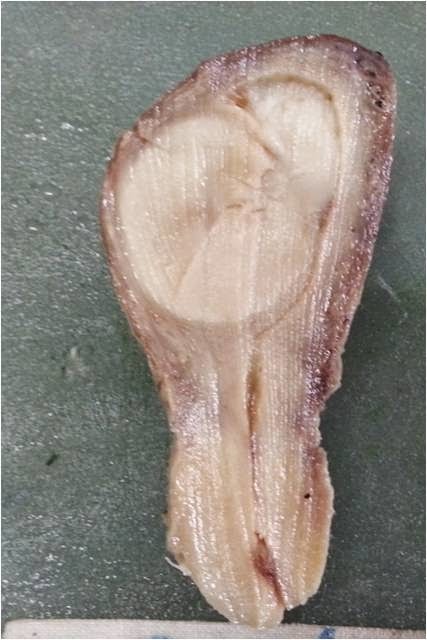 Endometrial stromal tumors (EST) constitute less than 5% of uterine tumors. Benign ESN accounts for about 25% of the EST. ESN is a solitary, well-circumscribed, round, ﬂeshy nodule measuring 4 cm in diameter (range 0.8 to 15 cm), with a yellow to tan cut surface. It may have focal irregularities or finger-like projections into the adjacent myometrium less than 3 in number and none them exceeding 3 mm in the largest dimension.[2] It has expansile, noninﬁltrative margins which compress the surrounding endometrium and myometrium. Low grade ESSs often show an irregular nodular growth in the endometrium, myometrium or both. There is varying degrees of permeation of the myometrium, worm-like plugs of tumor which distend myometrial and often parametrial veins.[3] A dumbbell shaped EST is usually not seen. This patient had a dumbbell shaped EST, one part of the dumbbell being in the endo- and myometrium, and the other projecting into the uterine cavity, a part of which had extruded out of the cervix as a polyp. It is impossible to differentiate between an ESN and a low-grade ESS on the basis of curettage specimens in most cases, and a hysterectomy is required to make the differentiation. This is not difficult in a peri- or postmenopausal woman, but may not be possible if the woman is younger and desires to retain her uterus. Low-grade EST is distinguished from high-grade EST by the resemblance of the neoplastic cells to proliferative endometrial stroma. The diagnosis of high-grade ESS is made only in cases where a component of low-grade ESS may be recognized; in the absence of which it is UES.[4] UESs are diagnosed only exclusion of smooth or skeletal muscle differentiation (high-grade leiomyosarcoma or rhabdomyosarcoma). Small foci of carcinoma admixed with the sarcomatous component suggest a malignant mixed mullerian tumor. CD10 expression is not helpful in this differentiation as high-grade ESS, leiomyosarcomas, rhabdomyosarcomas, malignant mixed mullerian tumors and highly cellular leiomyomas express CD10.[5,6] A perivascular epithelioid cell tumour (PEComa) may resemple a ESN on gross and microscopy. It differs in that it shows a predominantly nested growth often associated with a focal fascicular growth of cells arranged in a radial fashion around the vessels, with elongated nuclei as in smooth‐muscle tumors. There are no areas that resemble the normal endometrial stroma with arterioles.[7]