Ovarian torsion is rare in the second and third trimester of pregnancy. Diagnosis is hampered by non-specific symptoms common in pregnancy (nausea, vomiting). Ovarian torsion can be managed conservatively if diagnosed at an earlier gestational age. Characteristic clinical presentation along with the ultrasound evidence of adnexal mass helps in establishing the diagnosis. We report a case of 20 year gravida 2 para 1 living 1 (G2P1L1) with 36 weeks of pregnancy with huge right ovarian cyst. The diagnosis was made on abdominal ultrasound. She underwent elective lower segment caesarean section (LSCS) with removal of right gangrenous ovary and tube at 37 weeks.

Pregnancy is associated with 5 times increased risk of ovarian torsion. Incidence is 5 per 10000 pregnancies as quoted by many studies.[1]  Most common adnexal masses associated with pregnancy are functional cysts, dermoid and serous cystadenomas.[1] Majority of the adnexal torsions (around 2/3) are right sided as the mobility of the left ovary is limited by the sigmoid colon. Most common risk factor for ovarian torsion is ovarian stimulation, as found during early pregnancy or infertility treatment.[2]   The symptoms of ovarian torsion like nausea, vomiting and pain in abdomen are nonspecific. These symptoms can be confused with other acute abdominal conditions such as appendicitis, ureteral or renal colic, cholecystitis and bowel obstruction.[1] Missed diagnosis of ovarian torsion can threaten the pregnancy. Adnexal torsion should be ruled out in a pregnant patient with ultrasound suggestive of ovarian mass.

A 20 year old woman; married for 3 years, G2P1L1 with spontaneous conception was referred to our antenatal outpatient department  (OPD) at 36 weeks and 4 days of gestation with ultrasound report showing right ovarian cyst 18 x 10 x 10 cm without septations. She had no complaints of pain in abdomen, fever or vomiting. Her earlier scans did not show presence of adnexal mass. She had history of laparoscopic right ovarian cyst aspiration done in 2012. She had a previous normal vaginal delivery. On examination, her vital parameters were normal. There was no pallor. There was no tenderness, guarding or rigidity on abdominal examination. Uterine fundal height was corresponding with 34 – 36 weeks of gestation. The fetus was in longitudinal lie with cephalic presentation. Internal os was closed. Blood investigations were normal. Cancer Antigen 125 (CA 125) level was 15 U/ml. An obstetric ultrasound with color flow Doppler was repeated and it showed a single live intrauterine gestation corresponding to 36 weeks with fetal weight of 2.4 kg. Large anechoic cystic lesion in right adnexa 16 x 8 x 11 cm with few internal echoes within and without septation was seen.Color Doppler showed a healthy fetus with normal uteroplacental and fetoplacental blood flows. Large anechoic adnexal cyst with vascularity was seen. Decision for LSCS with removal of adnexal mass was taken. In situ findings – 20 x 18 cm gangrenous right ovarian cyst. The cyst had undergone torsion. Left side tube and ovary were normal. There was no hemoperitoneum. Baby was delivered by LSCS and gangrenous right ovarian cyst with tube was removed. Postoperative course was uneventful. Histopathology report confirmed gangrenous tube and ovary with hemorrhagic follicular cyst. 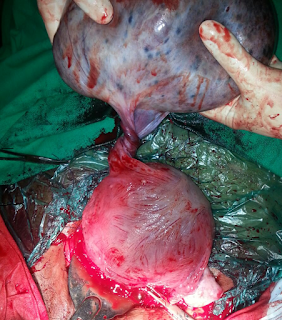 Figure 1. Ovarian Torsion in a case of full term pregnancy.

Ovarian cysts associated with pregnancy can lead to following complications - torsion of the cyst, rupture, malignancy, and malpresentations of the fetus.[3] The risk of adnexal torsion rises by 5-fold during pregnancy. Diagnosis on pure clinical grounds is usually difficult.  Color Doppler plays an important role in establishing the diagnosis. Possibility of adnexal torsion should always be kept in mind during management, even if Doppler study shows presence of blood flow. MRI can be used as an adjunct to color Doppler.[4] Role of CA 125 in ovarian cyst in pregnancy is not clear. However according to American College of Obstetricians and Gynecologists (ACOG) guidelines, level of CA 125 antigen reaches the highest elevation in 1st trimester and then gradually declines. Thus CA 125 can be valuable in 2nd and 3rd trimester to differentiate between benign and malignant ovarian masses.[5] Surgical management is offered for cysts larger than 10 centimeters as they are associated with increased risk of malignancy, rupture or torsion.3 Surgery can be done by either laparoscopy or laparotomy. Laparoscopy becomes more difficult after second trimester
In our patient an ovarian cystectomy rather than cyst aspiration in the previous surgery might have prevented recurrence. It seems that the torsion in this case must have happened at an earlier gestation since patient was clinically asymptomatic and hemodynamically stable and also torsion is less likely with term pregnant uterus. Also diagnosis at an earlier gestation might have helped conserve our patient's ovary. Possibility of ovarian torsion should not be ruled out despite normal color Doppler findings.