A 38 year old female, known case of rheumatic heart disease with mitral stenosis since 20 years, presented with dull pain and discomfort in the lower abdomen since 5 months. Abdominal and pelvic examination revealed a painless pelvic mass of approximately 14 weeks’ size, with a palpable 8 x 8 cm mass on right posterior-lateral uterine wall. Pelvic ultrasound showed bulky uterus of 11.5 x 6.1 x 8.7 cm size, with 8.2 x 7.6 x 7.1 cm right postero-lateral wall fibroid with multiple cystic areas within, suggestive of cystic degeneration of fibroid. Both ovaries were visualized; presence of a left ovarian simple cyst of 3.7 x 2.9 cm size without septations or solid component within it were noted. Laboratory investigations were normal. Total abdominal hysterectomy was done which was uneventful. Intra operative findings were suggestive of uterine enlargement, bilateral normal ovaries and bilateral paraovarian cysts, approximately 4 x 5 cm size. The uterus was enlarged and on opening a large well circumscribed mass measuring 8 x 7x 4 cm was seen in myometrium which was bulging above the surface, yellow white with few cystic areas, as seen in Figure 1. 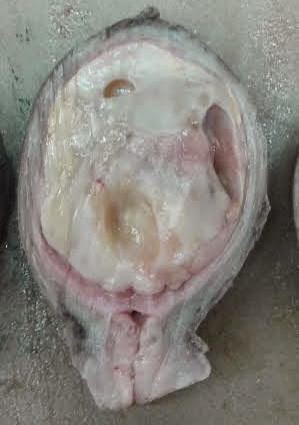 On microscopy, it showed a non-encapsulated circumscribed mass showing small cells with oval nuclei, granular chromatin, scanty clear to eosinophilic cytoplasm arranged in sheets with arteriole sized blood vessels. Only three tiny tongue- like projections were seen invading less than 3 mm depth in the myometrium. There were no areas of necrosis, mitosis or nuclear atypia, nor was there definite vascular invasion. The histological features were typical of endometrial stromal nodule (Figure 2). 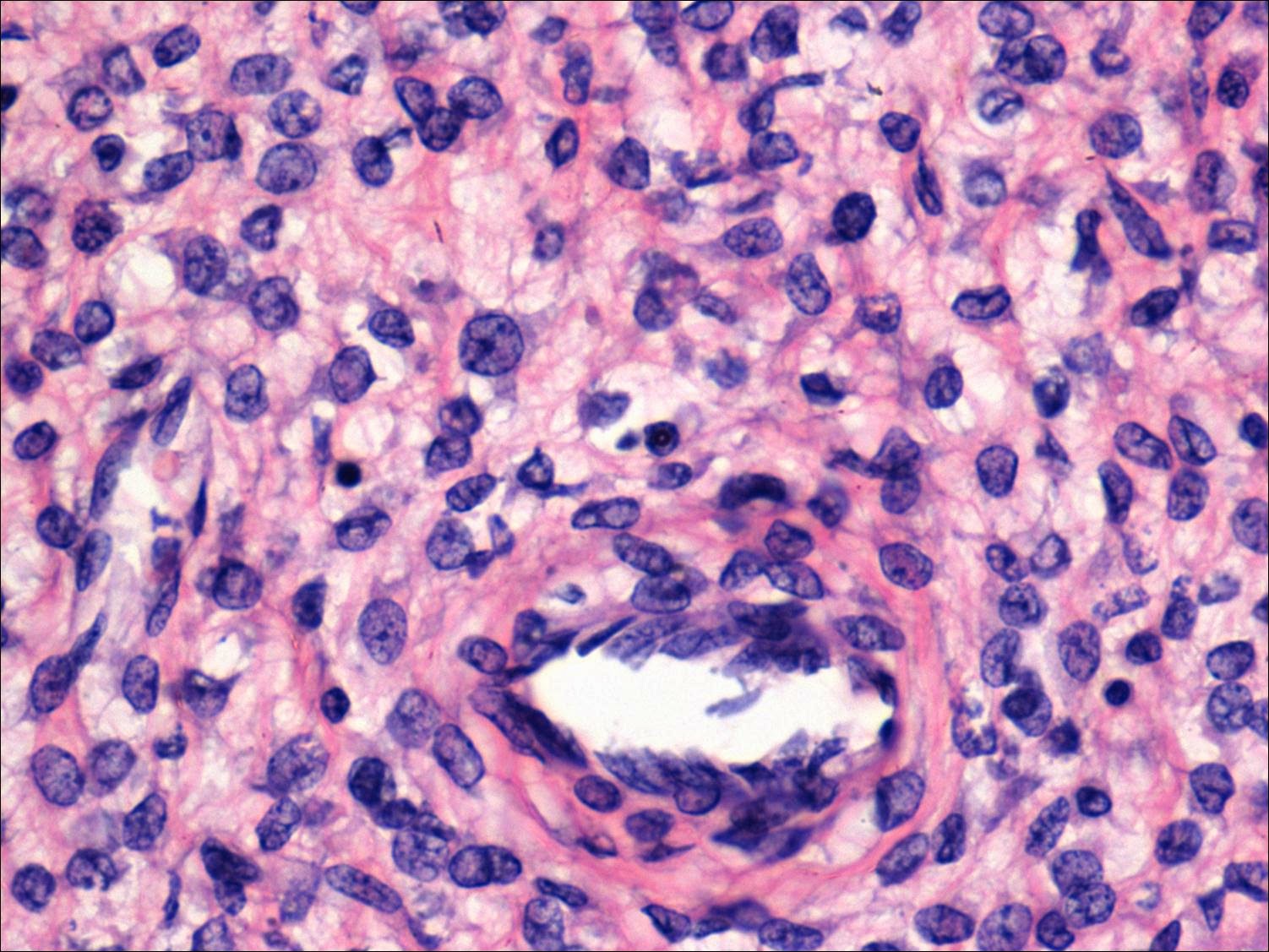 Endometrial stromal tumours are one of the least common neoplasms of the uterus, with a reported incidence of about 2 per million women annually. [3] The clinical presentation is nonspeciﬁc; the patients may be asymptomatic or may present with significant vaginal bleeding, pelvic or abdominal pain or discomfort. [4] There is no reliable preoperative diagnostic procedure to identify this tumour; hysterectomy is the treatment of choice and diagnosis is based on microscopic examination. ESNs are grossly well circumscribed and lack permeative infiltration of an ESS. But some of them have a little irregularity of the margin and may even be minimally invasive i.e. less than 3 mm invasion and less than 3 foci [1, 4] Although the presence of an EST is sometimes established by curettage, a definitive diagnosis of LGESS can be made if myometrial and/or vascular invasion is identified in the tissue fragments. A hysterectomy is usually required to permit thorough evaluation of the tumor margin; this is necessary to distinguish a stromal sarcoma from a benign stromal nodule. [4]Although ESS resembles non-neoplastic proliferative endometrial stroma, they are morphologically heterogeneous. Fibroblastic and smooth-muscle differentiation may be seen and may erroneously suggest myometrial infiltration. [4] ESNs like other uterine neoplasms of stromal origin occur primarily in older postmenopausal women, in whom hysterectomy is usually done. [2, 3, 4] In women of reproductive age who desire fertility conservation, diagnostic sonography and hysteroscopy may be used to follow up tumor growth. In some cases, progesterone therapy with local excision may be successful. [4] The prognosis is excellent once the diagnosis is confirmed.