Vaginal stricture in adults is not a common entity. In literature, vaginal stenosis and strictures can be multifactorial and there are different modalties used to tackle this problem. Patients diversely present with mild dyspareunia to severe dysmenorrhea and formation of hematocolpos. The biggest challenge is to prevent reformation of the strictures or re-stenosis of the vagina. Here we are presenting an unmarried, sexually active woman, a prior road traffic accident victim who presented with the complaint of apareunia and was managed surgically.

Loss of elasticity or narrowing of the vagina is known as vaginal stenosis. Strictures can be congenital, due to trauma, infection, radiotherapy, idiopathic and other causes. These can present as dyspareunia, amenorrhea, dysmenorrhea or even abdominal masses. We are hereby presenting the case of a 24 years old, unmarried, sexually active woman with vaginal stricture, presenting to our OPD after 2 and a half years of a road traffic accident with complaints of apareunia.

Twenty-four years old, unmarried woman had visited our out patient department (OPD) with the chief complain of apareunia due to vaginal stricture after two and a half years, following a road traffic accident.
In December 2015, she met with a road traffic accident and had suffered multiple injuries, hence was referred to our hospital for further management. She had suffered multiple crush injuries. The right knee and femur had multiple fractures. There was avulsion of the urethra, vagina and rectum. The posterior wall of vagina was hanging loosely. She was hemodynamically unstable.
She was examined in the emergency services department. On examination, per abdomen, the urinary bladder was distended up to the umbilicus. On local examination, urethral opening could not be seen due to lacerations around the urethra, posterior vaginal wall was hanging loosely and the perineal body was torn. The lower one third of vagina had a laceration, which connected it to the rectum. The left lateral wall of the vagina had a laceration exposing the left ischiorectal fossa. The posterior wall of the vagina was severely damaged. But due to the hemodynamic instability, she needed life saving surgeries first. Emergency open cystostomy and a diversion sigmoid colostomy were done. Since the patient was not stable hemodynamically at that time, vaginal repair could not be done immediately.

She was lost to follow up with us for 2.5 years, until she came to the gynecology OPD with the above complaints. She told us that after approximately 6 months of amenorrhea, she had spontaneously started menstruating again. She had no menstrual complains. Her only complaint was of apareunia which wasn’t the case before she had met with the accident.
On examination in the OPD, her vital parameters were stable and systemic examination was within normal limit. Inspection of the abdomen showed scars of previous surgeries and it was soft and non tender on palpation. On local examination of perineum, a scar was seen in the perineal area, extending upto the left side of the anus towards the left ischiorectal fossa. Speculum could not be inserted. Digital examination revealed a tight ring of scarring in the posterior lower end of vagina, 1 cm above the introitus. Only tip of the index finger could be inserted through the ring.  On per rectal examination, the examining finger did not indent the scar tissue anteriorly. Uterus was normal size and fornices were clear.
She was admitted for release of introital strictures in the post menstrual phase. Her routine investigations were within normal limits and ultrasonography of abdomen and pelvis was within normal limit.
On the day of surgery, a written valid informed consent was taken. Under spinal anesthesia, vaginal introitus appeared very narrow. On per vaginal examination a fibrous band of tissue was felt mid vaginally, on the posterior wall, extending from 4’o clock to 8’o clock position. The fibrous band was held with an Allis forceps in full thickness at 6’o clock position and transversely cut along its entire length. Upper vaginal mucosal edge was undermined to release some vaginal rugae to prevent tension on the suture line. The two mucosal edges were approximated to cover the raw area created, with suture material Polyglactin 910 (2-0), with simple interrupted sutures. The raw vaginal mucosa was thus epithelialized. The final introital diameter was approximately 3 cm. 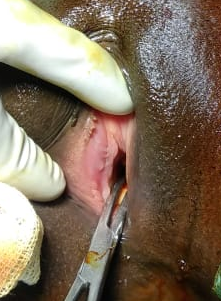 Figure 1. Vaginal stricture prior to surgery. 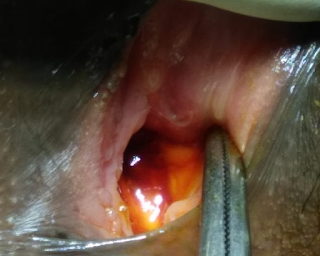 Figure 2. End result after excision of the stricture.

She tolerated the procedure well and was discharged on the same day. She was asked to follow up after 1 week and to apply topical estrogen over the vaginal mucosa twice daily. A fortnight later, she came to our OPD for follow up and local examination was done. There was no evidence of restenosis or fibrosis. Vaginal mucosa was healthy. The suture site had healed completely. She was reassured that she could now resume with sexual intercourse.

Vaginal stenosis can occur primarily or can occur secondary to many causes with varied presentations
R. Ganapathy evaluated secondary repair of the perineum following perineal trauma at childbirth and stated that a few patients developed superficial dyspareunia after perineal repair surgery.[1] Fowler reported a case of a 26 year old female patient who sustained a pelvic fracture at the age of 10. She later followed up in the gynecology department as she was unable to have sexual intercourse. She was diagnosed with vaginal stenosis. She was menstruating regularly but through a fistula in the distal vaginal vault. When investigated, radiographic and dye studies showed almost heterotopic ossification and complete vaginal obstruction. Vaginal injuries though rare, require a high index of suspicion.[2]

Vaginal stenosis does not always occur secondary to injury. It has also been described in women secondary to radiotherapy. Sato et al have reported a case of a 26 year old patient who had been given chemotherapy for acute lymphoblastic leukemia.[3] She presented with secondary amenorrhea and cyclic abdominal pain. She was diagnosed with vaginal stenosis due to adhesion of vaginal wall. The adhesion could have been caused due to vaginal inflammation induced by anticancer agents or due to poor estrogenization of the vaginal mucosa as a result of gonadotropin-releasing hormone agonist therapy. The latter was given for ovarian protection during chemotherapy. Since the incidence of such chemotherapy and protection with gonadotropin releasing hormone has increased, keen observation and adequate intervention would be important.

Although our patient was managed surgically other modalities for treatment of secondary vaginal strictures and stenosis have been tried. Betalli et al have reported a case of a 14-year-old girl who was admitted for recurrent abdominal pain.[4] The symptoms had begun at menarche (since 3 months) and had increased in intensity every month. She had been given chemotherapy at the age of 2 years for rhabdomyosarcoma. Hematocolpos, hematometra and hematosalpinx were diagnosed. Acute symptoms were partially relieved due to drainage with a needle through a vaginoscope. Magnetic resonance imaging (MRI) was done to exclude the recurrence of tumor. It also confirmed that a hematocolpos was still present. Vaginoscopy revealed the presence of a partially obstructing stenosis of the vaginal inlet which was about 1 cm in length. Dilators were used to widen the stricture and a stent was left in situ which was removed after 5 days. Due to persistence a second dilatation was performed after a month and Mitomycin-c was applied topically. After 1 month, endoscopic visualization demonstrated an improvement of the stricture but there was persistence of a submucosal fibrous ring in the vaginal lumen. The application of mitomycin-C was repeated at 3 and 7 months. Further improvement of the stricture was seen.
Yanai described a 25-year-old patient who presented with complains of secondary amenorrhea and dyspareunia. She suffered from vaginal outflow obstruction which presented as secondary amenorrhea. She had undergone bone marrow transplantation (BMT) for acute myelocytic leukemia, which caused ovarian failure. Oral mucositis as a result of chronic graft versus host (GVH) reaction also occurred. She was treated with hormone replacement therapy for 3 years and had regular menses which gradually ceased and were associated with dyspareunia and abdominal cramps. Abdominal ultrasonography was suggestive of hematocolpos. Sonography guided adhesiolysis of  dense vaginal obstruction allowed free drainage. Histopathology report confirmed a graft-versus-host reaction. When patients have graft-versus-host disease post BMT, they may develop vaginal stricture. After the procedure, high dose estrogen therapy (combined later with progesterone), was initiated and repeated vaginal dilatations were performed. Hormone induced menstruation reoccurred. Dyspareunia gradually disappeared.[5]

The best time of perineal repair in any patient is at the time of primary pelvic injury to restore anatomy. But as our patient was severely injured at the time of presentation and there were other life saving surgeries that needed to be performed, vaginal repair could not be done primarily. After that, the patient was lost to follow up for two years, till she came back with complains of inability to have coitus, which wasn’t the case prior to the accident.
If discovered incidentally, it is important to consider the age of the patient when the surgery should be performed. If there are no menstrual complaints or complaints of dysmenorrhea and the patient is sexually inactive, it is advisable to wait till the patient desires to become sexually active or is planning to conceive, since the chances of restenosis are very high.
In case, surgical or medical management is carried out in a sexually inactive patient, she has to be explained about regular use of dilators to prevent restenosis.

In our patient, since the fibrous tissue could be removed in totality, rugorosity of the vagina could be released and mucosal approximation was complete we believe that the chances of restenosis are less.
In conclusion, vaginal stenosis secondary to trauma is a rare case and active management of primary pelvic injury can prevent these from occurring. Active management of such cases in the post operative period is also very important to prevent restenosis with the use of dilators or topical creams or regular sexual intercourse. Regular follow ups are essential too, to detect and prevent restenosis.