With rising trend and incidence of cesarean section combined with high parity and propensity to have unplanned and home deliveries; the risks to maternal and fetal life posed by scar dehiscence and rupture are very high. Scar dehiscence is defined as disruption of the uterine muscle with intact uterine serosa. [1] It is also called as Cesarean scar defect (CSD), and involves myometrial discontinuity at the site of a previous Cesarean section scar. Though the commonest etiological factor for dehiscence is a cesarean scar; other scars like those of myomectomy, metroplasty, accidental perforation during curettage are known to cause rupture or dehiscence. Myomectomy using cautery is also known to cause scar dehiscence and can pose risk of rupture [2]. With rising incidence of multiple cesarean sections, occurrence of multiple dehiscent windows is plausible.

Thirty-four years old multigravida with previous two cesarean sections was admitted for elective cesarean section with tubal ligation after thirty-eight weeks. Her preoperative investigations were normal. Obstetric ultrasonography was unremarkable. She did not report any abdominal pain or backache before surgery.
Patient had a high transverse scar of previous surgeries, about two inches above the pubic hairline. The abdomen was opened transversely along the scar. On laparotomy, the lower segment was well formed. Uterovesical fold of peritoneum was opened and bladder was dissected down. Two subcentimeter foci of translucent myometrial windows one below the other were identified in the lower segment, with only a layer of visceral peritoneum each covering them. Bladder was densely adherent to the myometrium just below the lower window. Incision was taken to include the upper window. After delivering the baby, the edges were examined. Lower edge of the current incision as well as the myometrium between the two windows was extremely thin. Considering the risk of bladder injury, and the fact that the patient desired tubal ligation, repair the lower defect was not attempted. Scarred myometrium edges of the upper window were excised and incision was closed in single non interlocking layer with no 1 polyglactin. Tubal ligation was performed. The patient and her relatives were informed about the findings and need for caution in case they ever considered recanalization of fallopian tubes. 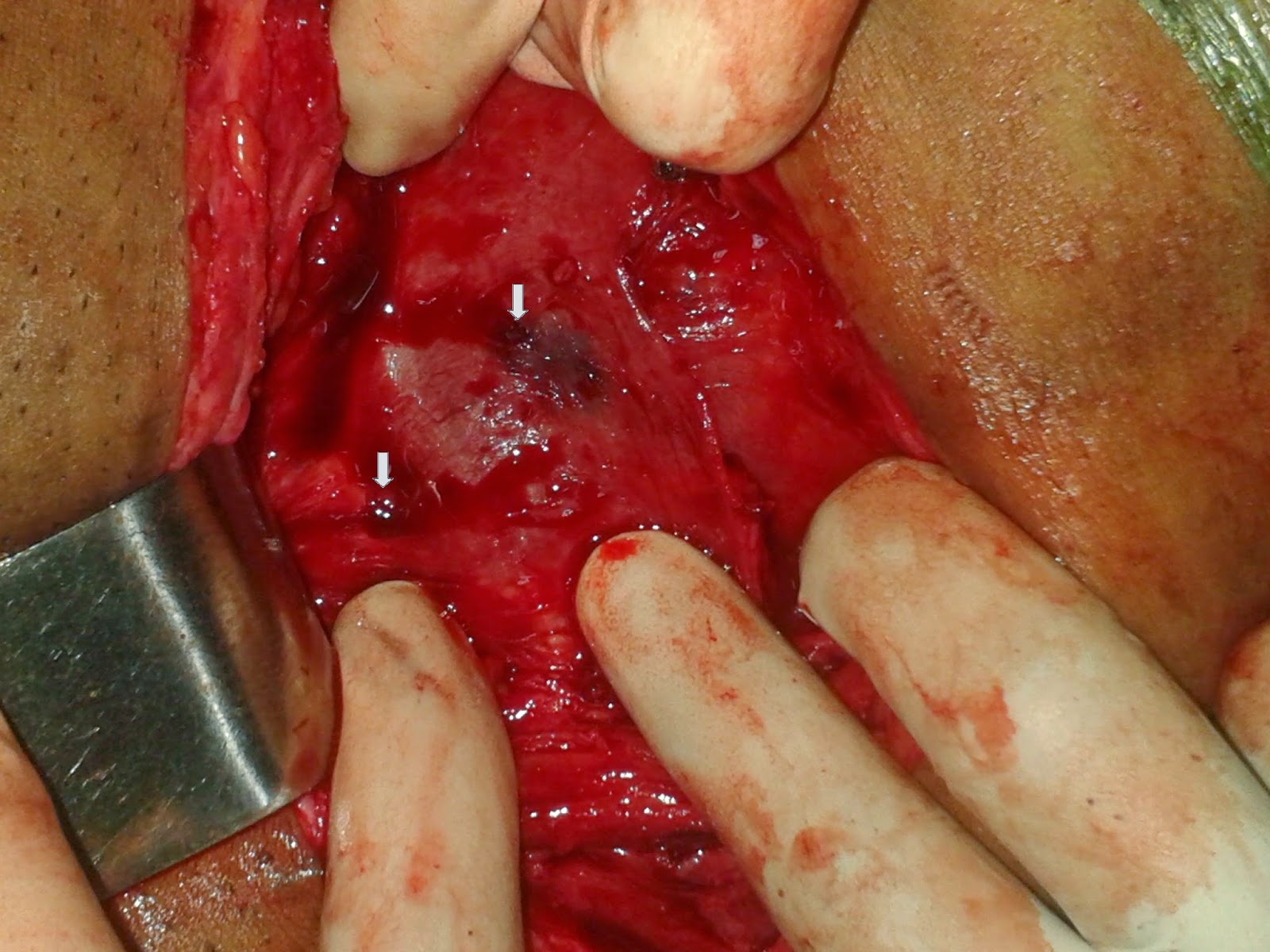 Figure1: Two scar defects (arrows) are seen one below the other on the lower segment.

Generally dehiscence of Cesarean scar is detected at laparotomy and it is almost always asymptomatic. Scars of myomectomy [2], uterine perforation, and classical Cesarean section are known to cause symptomatic dehiscence. Pathologists have noted signs of inflammation like congested endometrium in the scar recess, lymphocytic infiltration, foreign body giant cell reaction and capillary dilatation; 2-15 years after cesarean section in hysterectomy specimens. [3] These are considered to be responsible for diverse complaints such as lower abdominal pain, dyspareunia, and dysmenorrhea. In nonpregnant state, uterine scar defects may be associated with intermenstrual bleeding in women with a previous cesarean delivery.[4] Wang et al found that width of the CSD was associated with post- menstrual spotting, dysmenorrhea, and chronic pelvic pain and that multiple Cesarean sections were seen to be associated with increased width and depth of the CSD.[5] Multiple Cesarean sections were also found to be associated with dysmenorrhea, independent of CSD width, but not with postmenstrual bleeding or chronic pelvic pain.[5] Scar dehiscence is a known complication associated with previous Cesarean section. Risk of uterine scar dehiscence or window is about 4% and that of scar rupture is 0.4 to 0.6% after previous lower segment Cesarean section. [6] Though in most cases scar dehiscence is an incidental finding in an asymptomatic parturient; this term implies possibility of clinically significant events and should be considered as such.[7] Use of electrocautery at myomectomy has been shown to be associated with scar dehiscence and rupture of uterus.[2] Risk of pregnancy-related uterine rupture attributable to laparoscopic myomectomy is 1%.[8] A single-layer closure is associated with increase in the risk of rupture compared with a double-layer closure.[9] Lower segment approximation excluding endometrium and using synthetic non locking sutures makes the scar more secure.[9,10] During closure of the uterine incision, excision of the previous scar prevents scar defect in the fibrosed suture line.
In a prospective observational study of 642 women with VBAC Rosenberg et al found that thickness of lower uterine segment at around 37 weeks of pregnancy was inversely proportional to the likelihood of detection of defects at physical examination at delivery.[11] Magnetic resonance imaging is considered superior to CT in evaluating complications at the incisional site.[12] Based on MR imaging, investigators have classified dehiscence into complete; where all the layers except peritoneum are separated and partial; where either innermost or outermost layers are separated but myometrium is intact.[13] In a study of 467 cases of VBAC, in 414 cases, Kaplan et al examined the scar transcervically and did not detect a single case of dehiscence. [14] Only indications for scar exploration are unexpected vaginal bleeding or hypovolemia after VBAC as per ACOG practice Bulletin on VBAC.[7] Excision of the previous scar and appropriate anatomical repair in continuous nonlocking suture with delayed absorbable synthetic material should be employed to reduce chance of multiple scar defects. Since scar defects are also associated with abnormal uterine bleeding and chronic pelvic pain, multiple scar defects may potentiate the problem.