An interesting case of multiple congenital anomaly diagnosed prenatally with very poor compatibility with life is presented here. The neonate was detected to have OEIS [Omphalocele, Extrophy of bladder, imperforate anus and Spinal defect] complex. Prenatal magnetic resonance imaging (MRI) confirmed the abnormality that was suspected on ultrasound scan (USG).

A 26 year old primigravida was referred to us at 30 weeks of gestation with an obstetric ultrasound (USG) scan showing a singleton live pregnancy with a composite gestational age of 30 weeks but with absence of the lower abdominal wall, and a cystic mass. This was considered to be extrophy of the bladder. The umbilical cord had a two vessel structure. An MRI of the fetus was done. It showed a midline umblical and an infraumblical anterior abdominal wall defect. Herniation of bowel loops along with peritoneal covering and a partially filled bladder were seen in that sac. Distal bowel loops and the rectum appeared mildly dilated probably due to the imperforate anus. A defect was seen in the lower lumbar region with herniation of cerebrospinal fluid into the sac. Its dimensions were 12 x 7 mm. Left hydronephrosis and hydroureter were also seen. This was suspected to be a part of OEIS [Omphalocele, Extrophy of bladder, imperforate anus and Spinal defect] complex on prenatal magnetic resonance imaging of the fetus.
The patient was counselled by the pediatric surgeons and the poor prognosis and almost nil life expectancy were explained. The patient gave no history of consumption of any drugs in the 1st trimester of pregnancy. Her plasma fasting and postprandial sugars were normal. The woman was allowed to go into spontaneous labor. She delivered a full term malformed live baby weighing 2.7 kg with ambiguous genitalia as shown in the figures 1 and 2. She had cloacal extrophy with caudal dysgenesis and lumbosacral meningomyelocele. Anterior abdominal wall showed ruptured peritoneal covering and bowel loops in the umbilical region. External genital examination showed two distinct openings widely separated as shown in figure 1. 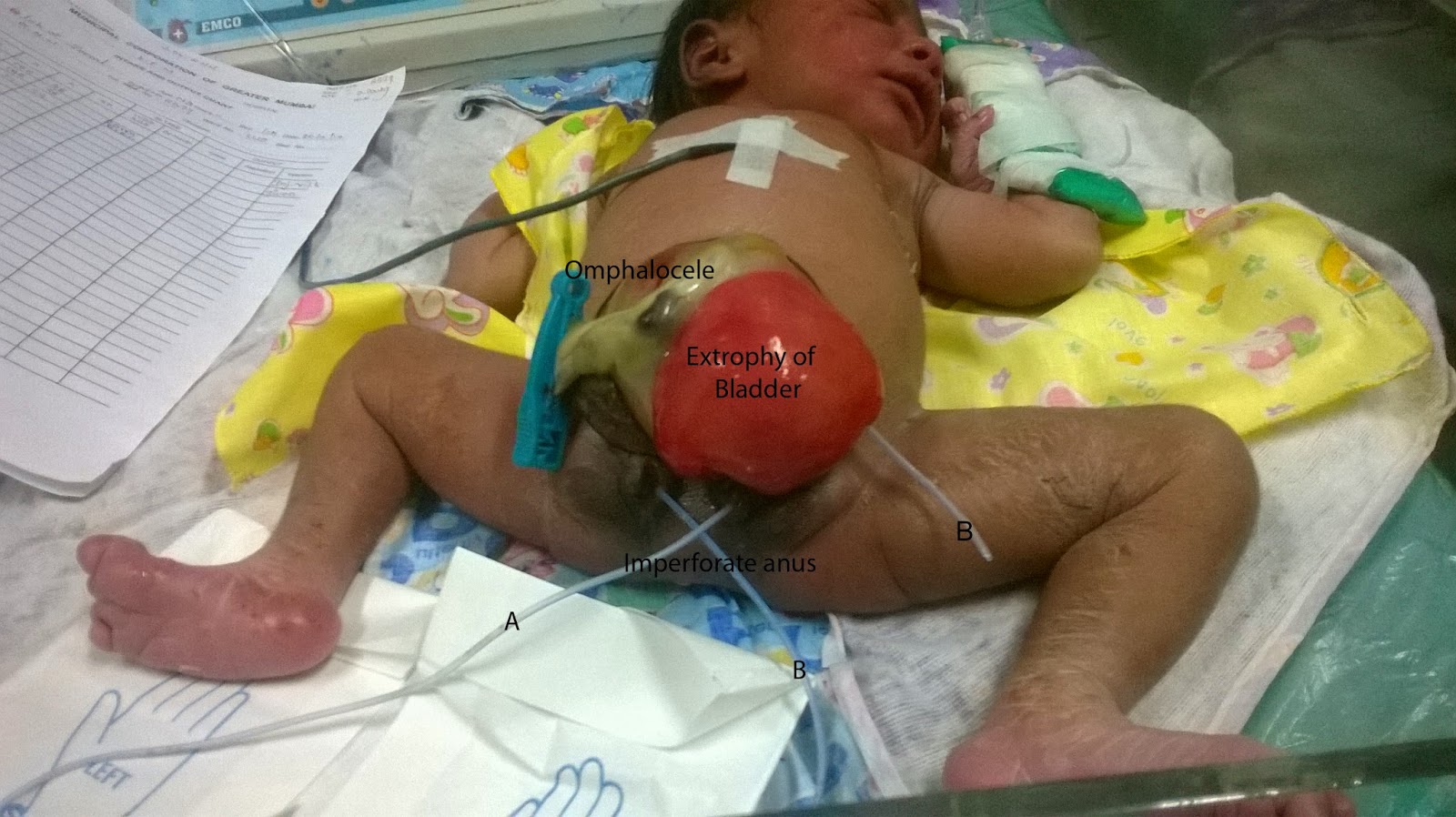 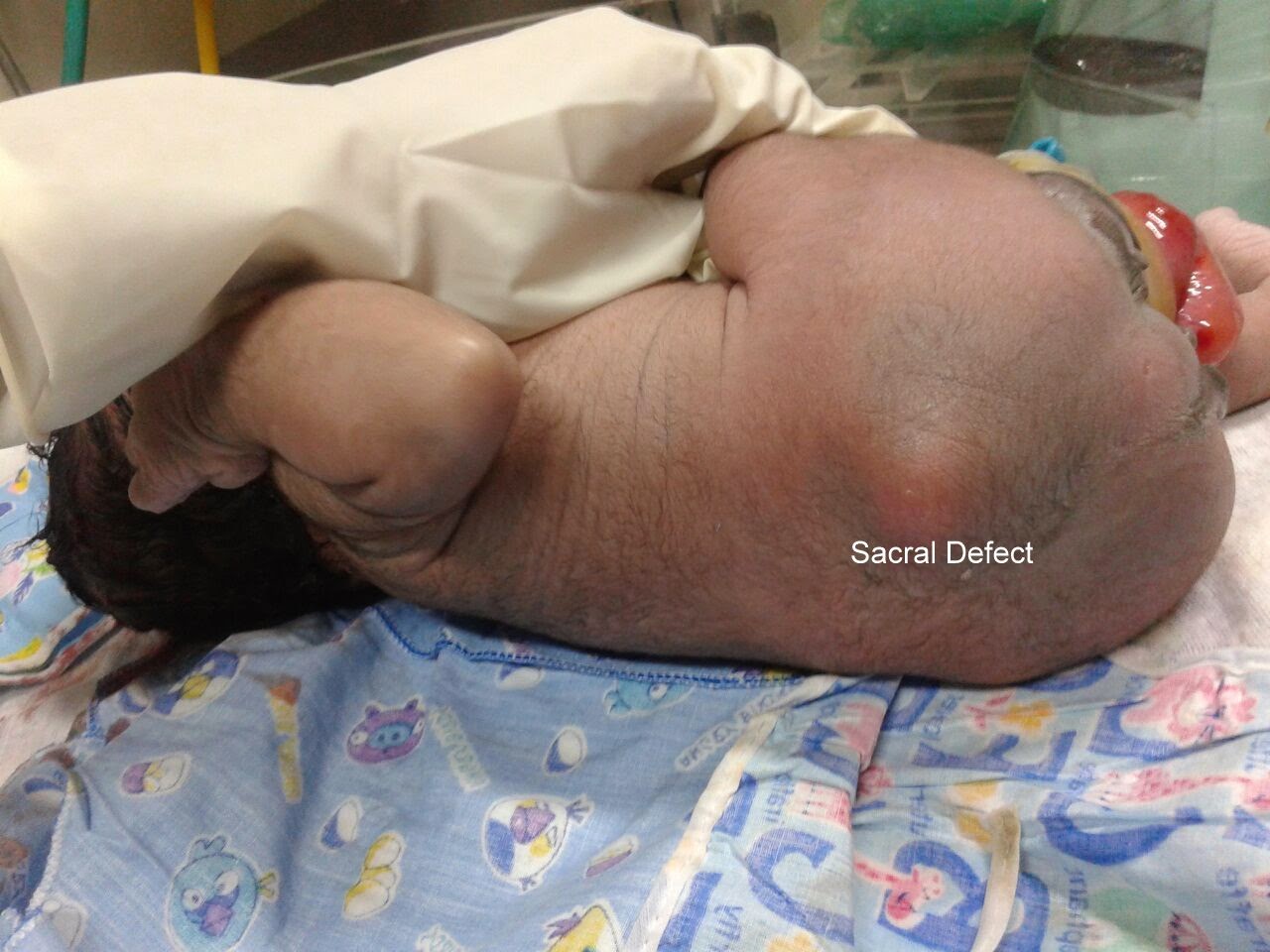 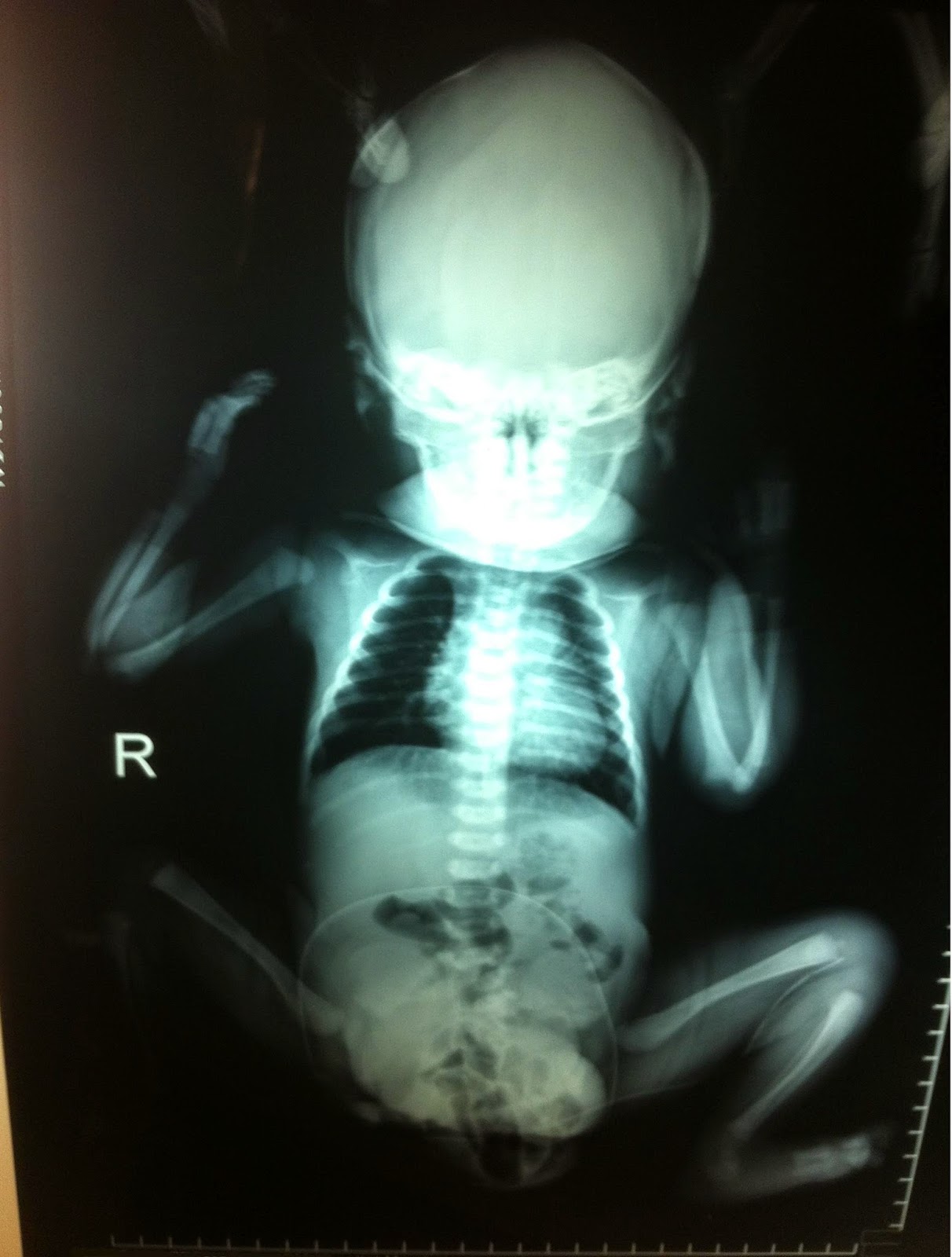 Figure 3. Anteroposterior radiograph of the neonate. 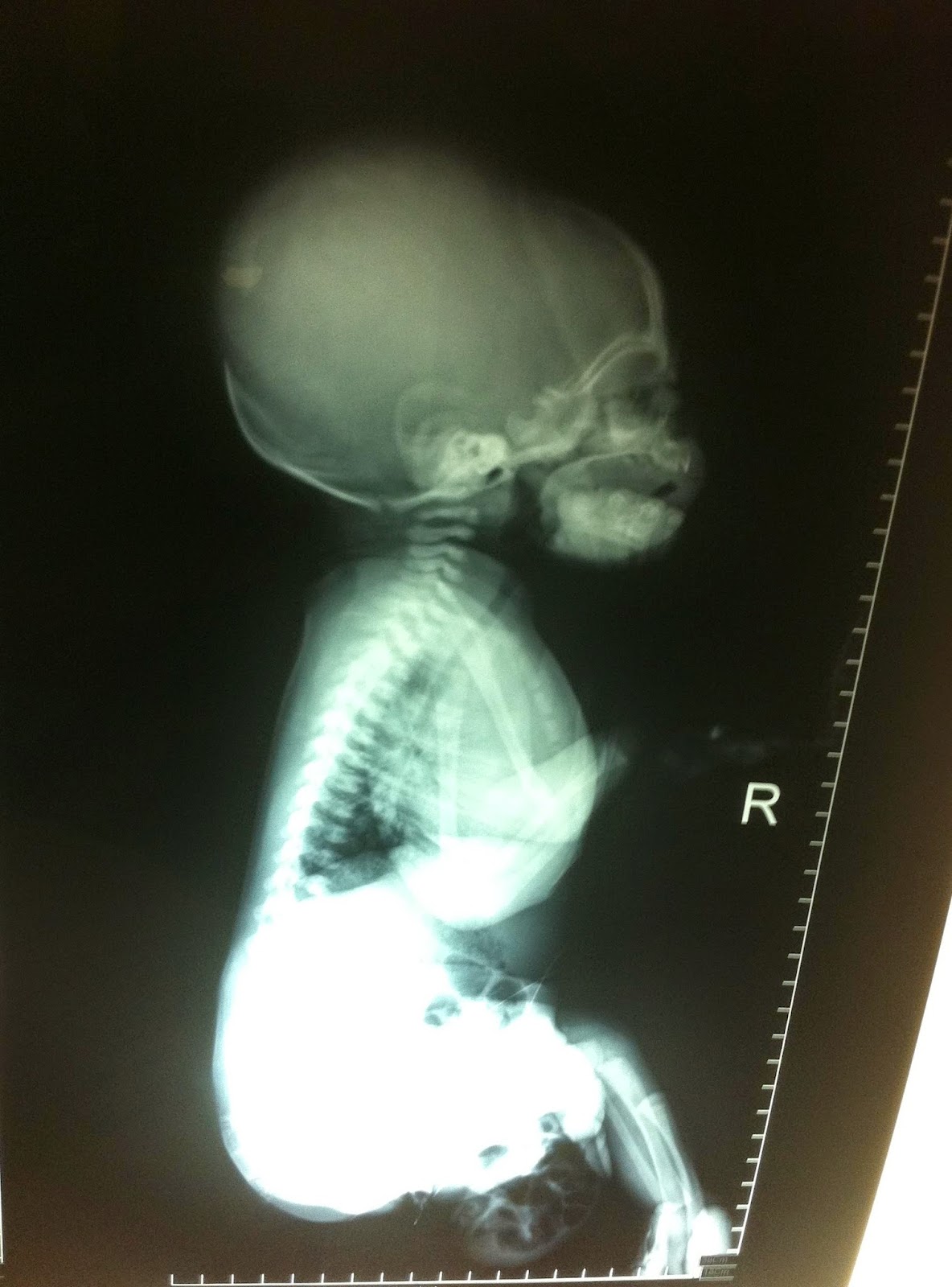 Figure 4. Lateral radiograph of the neonate.

Neonate had all components of OEIS complex. Pediatric surgeons decided against any surgical repair due to poor results. The parents were counselled and the neonate was discharged on day 3 of birth. On follow up the mother stated that the neonate expired on day 7 after birth and during this period the neonate passed urine and fecal matter through the two orifices.

Fetal OEIS defect affects the midline inferior part of the body. It may develop as early as the blastogenesis period. Failure of the fusion of the cephlo-caudal and the lateral embryonic folds may result in the defects. Cloaca is an embryonic structure in which the distal end of the urinary, digestive and the reproductive tract terminates. OEIS complex may result from a single defect in early blastogenesis or due to the defect in mesoderm migration during primitive streak period. This mesoderm later on contributes to the formation of infra umbilical mesenchyme, cloacal septum and vertebral body [4, 5].
Etiology of OEIS complex is unknown but there are many associations like teratogenic effect of diazepam and diphenylhydantoin.[6] Mutation in homeobox gene HLXB9.[6] There is also a higher incidence in monozygous twins which suggests a genetic involvement.[7]
OEIS complex if untreated has almost nil or very short life expectancy and as it has no particular etiological factors prevention is not possible. Anomalous baby with such defect causes strong social stigma so early diagnosis by USG and timely intervention are necessary. These neonates require multidisciplinary approach in specialized centers. The neonate has to undergo multiple reconstructive surgeries that involves neurosurgical closure of the spinal defects, closure of the omphalocele, creation of a colostomy, a new bladder with adequate capacity and continence, pull through operations, and construction of an anal orifice with adequate sphincter mechanisms. Surgeries to establish continence are the most challenging due to weak sphincter muscles and neurological defects.

Complex multiple congenital anomalies are challenges not only to the medical fraternity but also stresses the social, financial fabric of the society and compromises the quality of life of the individual and the family. Early diagnosis may allow the option of termination of pregnancy or early referral to specialized centers. Expertise in such repairs also are not widely available as incidence of the OEIS complex is uncommon.