Leiomyoma in a Bicornuate Uterus

A 36 years unmarried female was presented with distension and chronic pain in abdomen which was more acute during menses. CT scan showed left sided broad ligament fibroid with right fused ectopic kidney, absent left kidney and both ureters on the same side. On exploration there was evidence of bicornuate uterus with fibroid in the left horn.  Removal of left horn of bicornuate uterus was done.

Abnormalities in the formation or fusion of the mullerian duct results in a variety of anomalies of the uterus and vagina. Mullerian anomalies are commonly associated with renal, spinal, cloacal anomalies.[1]  There is particular association of unilateral renal agenesis or ectopia, uterine duplication or unicornis, and vaginal agenesis.[2] The incidence of mullerian duct anomalies ranges from 0.5 to 5%. Bicornuate uterus results from incomplete fusion of uterovaginal horns at the level of the fundus and are thought to represent 25% ( range 10-39% ) of mullerian duct anomalies.[5,6] According to American Fertility Society, bicornuate uterus is class 4 mullerian anomaly.[2] The renal anomalies are always ipsilateral to rudimentary horn. Cytogenetic abnormalities in the form of spontaneous chromosomal rearrangements are known to occur in uterine leiomyomas. These chromosomal arrangements may be responsible for the initiation and progressive growth of the leiomyomas.[3] The possible reason for this uncommon occurrence could be a decreased concentration or sensitivity of the estrogen receptors or a lesser genetic predisposition for the clonal chromosomal abnormalities that are observed in women with normal uterus with leiomyomas.[3] Hysterosalpingography, hysteroscopy, laparoscopy, pelvic ultrasonography (USG) using the convex abdominal and transvaginal probes, computerized tomography and magnetic resonance imaging of the pelvic organs are increasingly being used as diagnostic modalities. MRI is the standard method for imaging uterine anomalies. It provides high-resolution images of the uterine body, fundus, and internal structure. In addition, it can help evaluate the urinary tract for concomitant anomalies.[4]

A 36 years unmarried was woman presented with distension and pain in abdomen for 7-8 months. It was continuous, mild, in both lumbar region and iliac fossae, aggravated during menses. Her menses were regular. She had a history of kyphoscoliosis and right hip arthropathy. On examination she had a normal female body contour and normal secondary sexual characteristics. General and systemic examination showed no abnormality. On abdominal examination there was a nontender, and relatively fixed lump of the size of approximately 24 weeks of gestation. External genitalia were normal. Speculum vaginal examination showed no abnormality. Bimanual pelvic examination showed the cervix to be continuous with the abdominal mass. Her hemogram, blood sugar levels, renal and liver function tests were normal.  CT scan report was suggestive of left sided broad ligament leiomyoma, right ectopic fused kidney, and both ureter on the right side. Both ureters were catheterized prior to an exploratory laparotomy, so as to localize and safeguard them during surgery. The ureters were found to be on the right side that of the malrotated kidney crossing over the normal one as shown in figure 1. 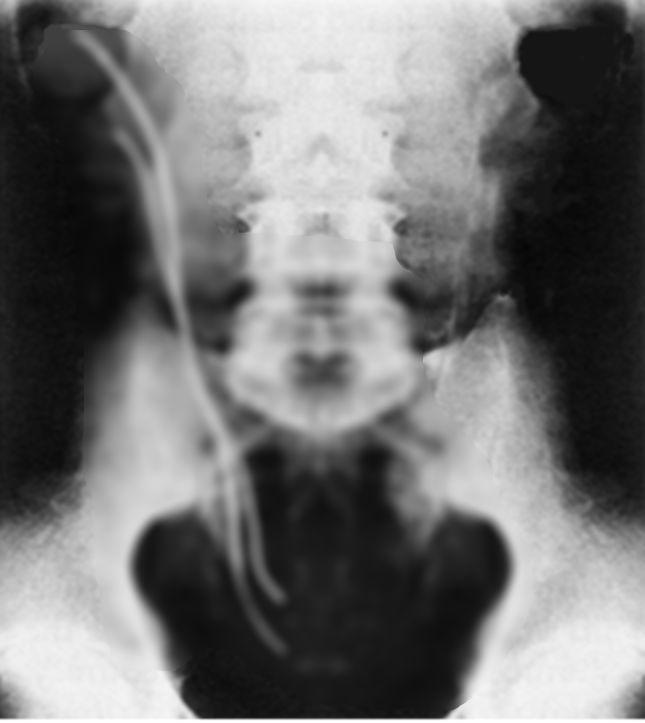 Figure 1. Plain radiograph of the abdomen and pelvis, anteroposterior view. Two ureters are seen on the right side, the lower ureter belonging to the malrotated left kidney crossing the right ureter from lateral to medial side.

A bicornuate uterus with a leiomyoma in the left horn was found during laparotomy (figure 2). The leiomyoma measured about 18 cm in diameter and was wedged in the pelvis. However it could be lifted out of the pelvis. Left hemi-hysterectomy was done. A myomectomy was not performed because the right horn was well developed, and was more likely to carry a pregnancy to term or near term than a reconstructed but scarred left horn.  The ureteric catheters were removed after the operation.  She made an uneventful recovery. Histopathological examination showed leiomyoma with myxoid degeneration. 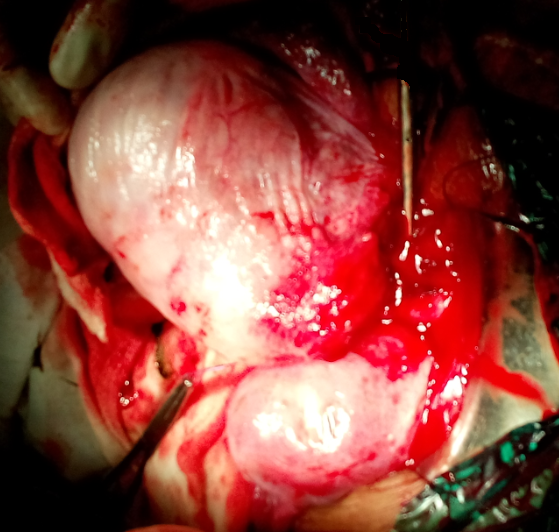 Figure 2. Leiomyoma in the left horn of a bicornuate uterus.

There are few cases of leiomyoma in mullerian anomalies reported in the literature. Most of theses presented with increasing dysmenorrhea, unilateral mass, and pain in abdomen, as did our patient. Usually the diagnosis is not made clinically, because of its low incidence. Cases of leiomyoma in bicornuate uterus has been reported previously.[7,8]  Occurrence of a leiomyoma in mullerian anomalies is rare, the possible reason for this uncommon occurrence could be a decreased concentration or sensitivity of the estrogen receptors or a lesser genetic predisposition for the clonal chromosomal abnormalities that are observed in women with normal uterus with leiomyomas.[3] If the degree of separation of the two horns is large, the leiomyoma can be relatively mobile. When mobile, the leiomyoma is mistaken for a subserous pedunculated leiomyoma, and when fixed, a broad ligament leiomyoma. If the horns are not widely separated, a leiomyoma in one of the horns may be mistaken for one in the lateral wall of a normal uterus. If it is lower in position in such a situation, it may be mistaken for a broad ligament leiomyoma. If it is in one of two widely separated horns of a bicornuate uterus, but is very large, it may be impacted in the pelvis and may be mistaken for a broad ligament leiomyoma. In the case described, the leiomyoma was of this last type. It may be missed on USG, but is usually diagnosed on CT or MRI. The diagnosis was missed in our patient on USG, because the endometrial cavity of the affected horn was not visualized. It was missed even on CT scan. It is important to make the diagnosis of mullerian anomalies accurately in view of the high risk of associated anomalies like spinal, renal and cloacal anomalies.[1] However it is not practical to perform a CT or MRI in every case of leiomyomas, because that would not be cost effective as a large number of such scans would have to be performed in order to pick up one case. Furthermore, a laparotomy would be required irrespective of the diagnosis, and surgical approach to the removal of the leiomyoma could be decided based on the findings without any deficiency in the results. Hence we do not recommend CT or MRI for patients with uterine leiomyomas. Leiomyoma usually undergo hyaline degeneration but our patient had myxoid degeneration.