A 15-year-old girl came to our outpatient clinic with complaints of lower abdominal pain and dysmenorrhea. She had no past surgical or medical illness. Menarche had occurred two years ago. She suffered from dysmenorrhea since past one and half years and continuous right sided pelvic pain and heaviness since past three to four months. The symptoms were partially relieved by analgesics. Ultrasonography revealed hemorrhagic cyst in the right ovary in a case of suspected bicornuate uterus. Laparoscopic excision of right sided hematosalpinx and non-communicating functional horn with hematometra of the unicornuate uterus was performed under general anesthesia. The postoperative period was uneventful. Laparoscopy results in anatomical outcome equivalent to that offered by a laparotomy approach, and has additional advantages such as; less risk of formation of adhesions, better cosmetic results and early recovery in the postoperative period; which are important for a very young patient.

A 15-year-old girl presented with complaints of dysmenorrhea and right-sided lower abdominal pain. She had menarche at 13 years of age. Her menstrual cycle was of 30 days interval, with a moderate amount of bleeding lasting for 3-4 days but with progressively increasing dysmenorrhea. She developed spasmodic right lower abdominal pain and heaviness which increased in severity since last four months. The pain responded only temporarily to the antispasmodic analgesic medications. The patient weighed 39 kg, with blood pressure of 100/60 mm Hg and heart rate of 96 beats per minute. Her respiratory rate was 20 breaths per minute, and body temperature was 37.5°C. Secondary sexual characters were normal with normal external genitalia.  Per abdomen, there was marked tenderness in the right iliac fossa. However, distinct mass could not be palpated.  White blood cell count was 10,020/ mm3 and  hemoglobin concentration was 10.2 g/dl, with a normal platelet count. Ultrasonography of abdomen and pelvis showed hemorrhagic cyst of 7.5x6.3 cm in the right ovary in a case of suspected bicornuate uterus.
Laparoscopy was done under general anesthesia. A unicornuate uterus was noted with a right sided non-communicating rudimentary horn measuring approximately 6x5 cm. A right hematosalpinx was noted measuring 6x3 cm. Right ovary, left fallopian tube and left ovary were normal. 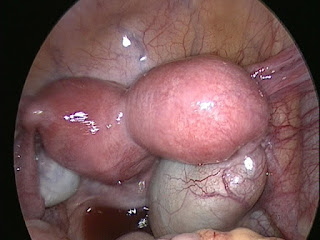 Right ureter was traced and was found to be well away from the rudimentary horn and hematosalpinx. First, hematosalpinx was excised with help of bipolar cautery and scissors. Then the same incision was continued transversely to excise the rudimentary horn. The horn contained approximately 50 ml of chocolate like material in its cavity and had no communication with the main uterus. 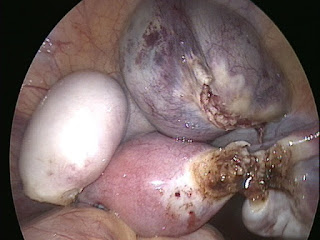 Figure 2. After excision of hematosalpinx and rudimentary horn.

The remaining defect in the serosa and part of myometrium of the uterus was sutured in double layer with number1 polyglactin sutures. 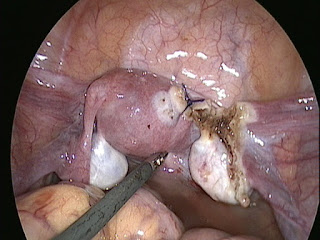 Figure 3.After suturing remaining defect in the uterus.

As the horn was well above the level of the isthmus and uterine vessels, uterovesical fold of peritoneum was not dissected. Hemostasis was confirmed and specimen was retrieved.  Hysteroscopy was not performed as the patient was a virgin.
Postoperative period was uneventful and she was discharged on third day. She was followed up regularly and had significant pain relief after the surgery. Histopathology confirmed hematometra and hematosalpinx.

Unicornuate uterus develops due to failure of development of one of the mullerian ducts and is commonly associated with various degrees of rudimentary horns when one of the ducts develops only partially. It is often associated with renal, spinal or cloacal abnormalities.  Diagnosis of this condition can be made incidentally during surgical procedure because of acute abdomen as seen in our case or during LSCS. Causes of abdominal pain in these patients can be due to distention of the uterus because of accumulated blood in the non-communicating rudimentary horn, pyometra, ruptured ectopic pregnancy in the rudimentary horn and torsion of the hematosalpinx.

Presence of a cavitatory rudimentary horn especially carries poor prognosis due to frequent occurrence of endometriosis, cornual ectopic pregnancy and spontaneous abortion.[4] Endometriosis is a dreaded complication resulting from retrograde menstruation. It causes severe dysmenorrhea, chronic pelvic pain, dyspareunia and infertility. Three dimensional ultrasonography and MRI can confirm the diagnosis but diagnostic laparoscopy is considered gold standard. Surgical excision of the non-communicating horn should be performed at the earliest as it may contain functional endometrium, to prevent endometriosis and pregnancy complications. Operative laparoscopy is minimally invasive, has lesser morbidity and should be the method of choice in the surgical management of a rudimentary horn.[5]

Secondary dysmenorrhea should be thoroughly evaluated in adolescent girls considering the possibility of mullerian anomaly. Minimal access surgery is the preferred mode of surgical management. Early diagnosis and prompt treatment is of importance to avoid future gynecological and obstetric complications.