Placental site nodule is a rare, well-circumscibed, benign, generally asymptomatic lesion of chorionic type intermediate trophoblastic origin, which is often detected several months to years after the pregnancy from which it resulted. We report a case of placental site nodule which was incidentally diagnosed on premenstrual dilatation and curettage in a patient who presented with abnormal uterine bleeding three years after a spontaneous abortion.

Placental site nodule (PSN) is a benign lesion which is rare and represents remnants of intermediate trophoblast from a previous gestation. It generally represents a retained noninvoluted placental site. Placental site nodule is diagnosed in many cases, years after tubal ligation which suggests that it develops as an unrecognized pregnancy or is retained in the endometrium for a long time. These lesions many a times are diagnosed incidentally after curettage or in hysterectomy specimens done for abnormal uterine bleeding, post coital bleeding or abnormal cervical smears.

A 38 year old woman, married for 20 years, multipara, presented to  out  patient  department with complaints of menorrhagia for 1 year. She had had 5 normal deliveries and one spontaneous abortion. Her last pregnancy resulted in spontaneous abortion for which curettage was done 3 years ago. She or her spouse had not undergone sterilization procedure. On examination her vital parameters were stable. On speculum examination her cervix was hypertrophied and on bimanual examination the uterus was anteverted, 6-8 weeks in size, and firm. Pelvic ultrasonography showed a  bulky  uterus with  endometrial thickness of 10 mm and an anterior wall leiomyoma of 10x9 mm. Her Pap smear was normal. A premenstrual dilatation and curettage was performed for evaluation of abnormal uterine bleeding. Moderate amount of endometrium was obtained which was sent for histopathological examination. Histopathological examination showed secretory endometrium with tortuous glands showing secretory changes. The stroma was loose and edematous with spiral arterioles and decidualization around them. A prominent well circumscribed nodular, eosinophilic lesion was seen. It was composed of single and nests of cells within an abundant extracellular hyaline material. These cells were of intermediate trophoblastic origin, had pleomorphic hyperchromatic bizarre nuclei and plenty of vacuolated eosinophilic cytoplasm. No mitosis, decidua or chorionic villi were seen. A diagnosis of a placental site nodule in a background of secretary endometrium was made.  Her β-human chorionic gonadotropin (β-hCG) levels were not elevated (less than 2 mIU/ml), when checked after the histological diagnosis was made.. 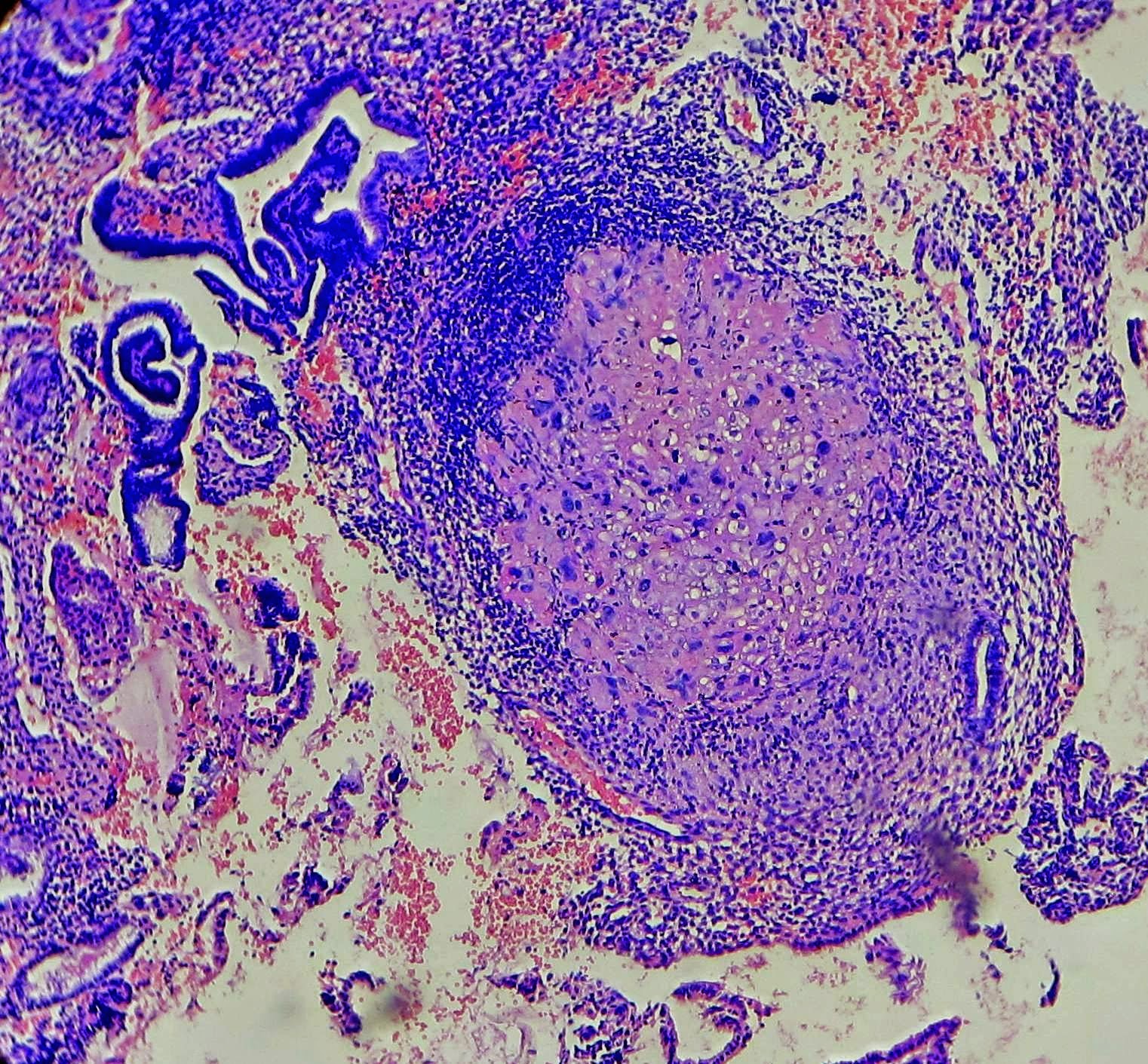 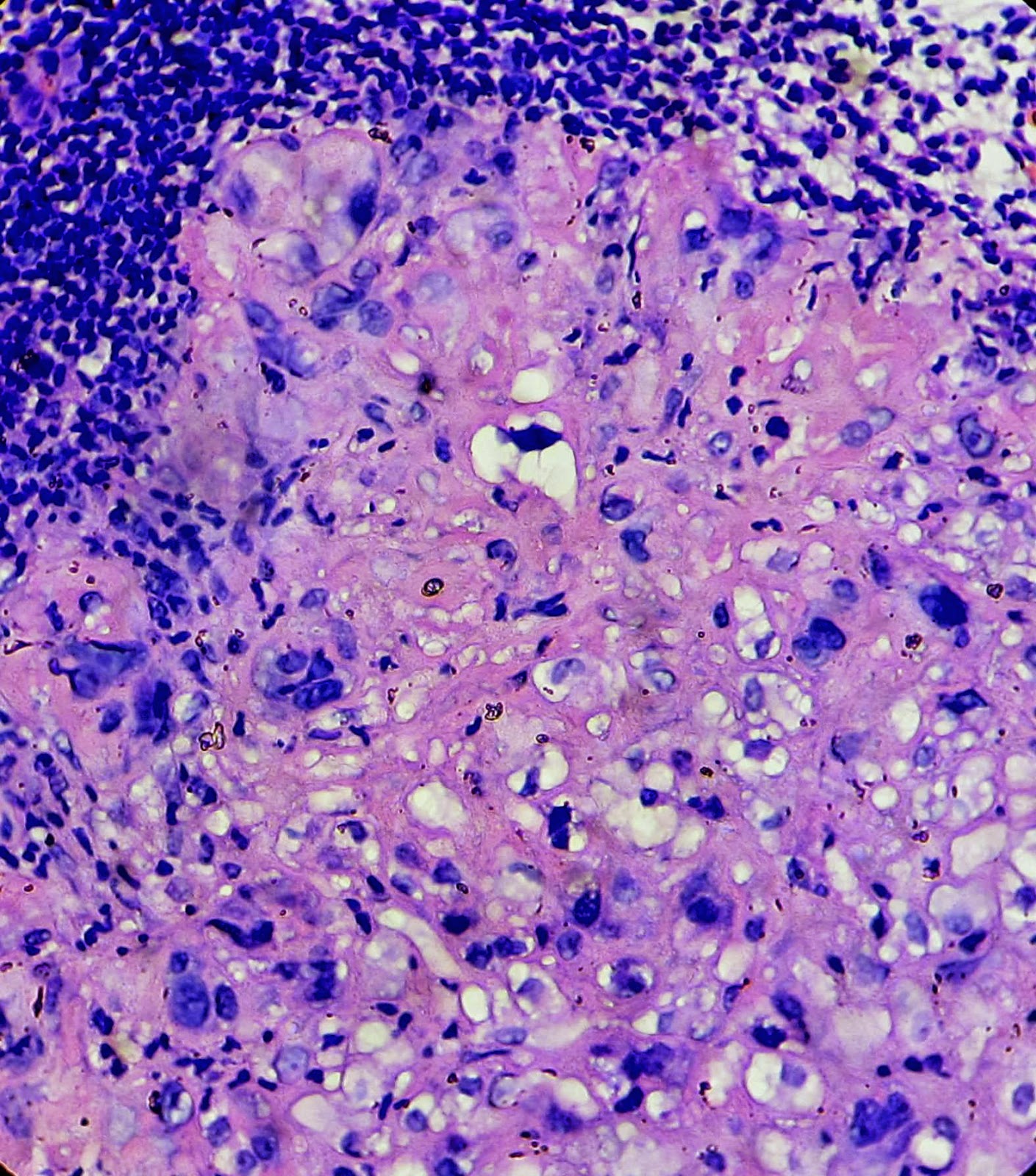