Abstract
A rare case of massive ovarian mucinous cystadenoma managed by surgical removal and abdominal plastic reconstruction.
Introduction
Ovarian mucinous cystadenoma, second most common epithelial tumour of the ovary is a benign tumour.[1] It originates from the surface epithelium of the ovary. It is a multilocular cyst that tends to be huge in size.[2] In India, ovary is the third most common site of cancer among women and sixth worldwide. The most frequent complications of benign ovarian cysts are torsion, haemorrhage and rupture.[3] The most dangerous complication is pseudomyxoma peritonei. The rupture of cyst causes mucinous depositions leading to adhesions in the abdomen. Its recurrence is found to be rare after complete excision.[4]
Case Presentation
A 50-year-old married Rajasthani woman, para 6 presented at the gynecology outpatient clinic of Kamla-Nagar Multi Speciality Hospital, Jodhpur, with a massive abdominal distension progressed over 2 years and respiratory discomfort. The patient had hypertension since 1 year and no previous medical diseases or surgical operations. Her menarche was at the age of 13 years with subsequent regular cycles. On General examination the lady was found to be emaciated, in distress. She had blood pressure 170/100 mm of Hg and rest normal vital signs other than moderate tachypnea. Her body weight was 87 kg, her height was 162 cm and her abdominal circumference was 180 cm and 90 cm from xiphisternum to pubic symphysis. 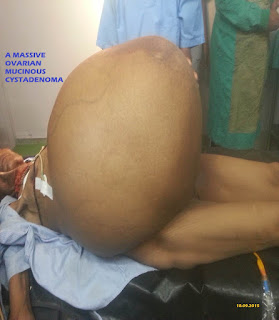 Figure 1 showing a massive ovarian mucinous cystadenoma
On abdominal examination, a huge ill-defined pelvi-abdominal mass was noticed, extended up to xiphisternum, with evident veins, mimicking triplet term pregnancy. On palpation her abdomen was cystic. There was no tenderness or shifting dullness. On Pelvic examination the uterus was normal sized, firm with fullness in the cul-de-sac. On per speculum examination the cervix was not seen. On transabdominal ultrasonography a huge multilocular cyst with no solid components and mild ascites was seen. The laboratory investigations including complete blood picture, blood biochemistry, cervical cytology and cancer antigen (CA-125) were within normal range. A plain chest radiograph in erect position was also normal. MRI was impossible due to large size of the tumor.
She was planned for laparotomy. Abdomen was opened by a paramedian incision. Huge cyst was present reaching up to xiphisternum. Blackish mucinous fluid was suctioned out. Cyst was multiloculated. Intra operatively 65 litres of fluid approximately was aspirated from the mucinous cyst of the left ovary. After aspiration of the fluid, the cyst could not be delivered as it was adherent to mesentery and lateral pelvic wall. After doing adhesiolysis total abdominal hysterectomy plus bilateral salpingo-oophorectomy was done. Uterus and right adnexa were found th be normal. The abdominal cavity was explored. The liver, spleen, and intestines were normal. Abdominal plastic reconstruction was done by plastic surgeon. Four drains were inserted – in pelvic pouch of Douglas, right sub-diaphragmatic space, under rectus sheath and subcutaneous plane. The patient was managed in intensive care unit on a ventilator for 4-5 days. 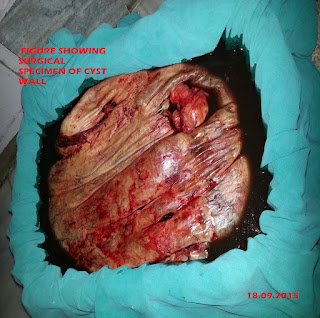 Figure 2 showing surgical specimen of cyst wall.
Postoperative period was uneventful and patient was transfused 5 units of packed red blood cells. She weighed 42 kg postoperatively. She was discharged on the postoperative day 12. She was advised to follow up after 6 weeks
Discussion
Giant mucinous ovarian tumors are detected early during routine examinations. Hence they have become rare entity to be found in clinical practice.[1] These giant tumors are associated with pressure symptoms like respiratory embarrassment, urinary tract changes, defecation difficulties and debilitation. The frequent complications are torsion, hemorrhage and rupture of these giant mucinous cysts. Its rupture causes mucinous depositions on abdomen. Their recurrence is rare after complete excision. On histopathological examination it shows non-ciliated columnar cells with mucin at apical part. Our case had epithelium of intestinal-like cells. Management of these cases depends on the age of the patient, symtoms, size, its histopathology and complications of giant cysts.[4] It requires taking care of both the complications and problems arising with sudden decompression of these huge cysts.[2]
Conclusion:
Even though the malignant form is less common than other gynecological cancers, they are still the gynecologists greater test challenge because of its mortality is one of the highest of gynecological neoplasm.
References
Citation