A 45 year old woman presented with symptoms of genital prolapse. A speculum examination showed the appearance of a ‘cervix’ protruding out of a bigger cervix, with a small polyp within the smaller ‘cervix’. This was a very unusual appearance.

Congenital anomalies of the female genital tract are varied, and very few of the established classifications cover all the anomalies. It is still not unusual to find a new anomaly or a variation of an older, already classified anomaly. Presence of two cervixes as a result of failure of fusion of the mullerian ducts during the development of the uterus is known. But presence of an apparent cervix within a bigger cervix is not known. Such a condition was seen during examination of a 45 year old woman who presented with symptoms of genital prolapse. This case is presented as a confusing image encountered during clinical examination, as a part of training of graduate and postgraduate medical students.

A 45 year old woman, para 2 living 2, presented with symptoms of something coming out per vaginum. Her first menstrual period was at the age of 12 years. Her past and present menstrual cycles were every 28-30 days, regular, painless, and with moderate flow. Her last menstrual period was 10 days ago. She had two normal deliveries 20 and 18 years ago. Her medical and surgical history was not contributory. She was seen by a junior resident first. Her general and systemic examination findings were normal. A speculum examination showed a second degree uterine prolapse without any vaginal wall prolapse. There was an apparent cervix coming out of a larger, hypertrophic cervix (figure 1). There was a small mucous polyp projecting from the ‘external os’ of the inner, smaller ‘cervix’. In view of an embryological and anatomical impossibility of the presence of a cervix within another cervix, the professor was asked to see her. The inner ‘cervix’ was held with a vulsellum and pulled to the left side. It was then found to be a polyp arising from the left wall of the cervical canal (figure 2). Displacement of the polyp forward showed that it was indeed a polyp and not a ‘cervix’ (figure 3). 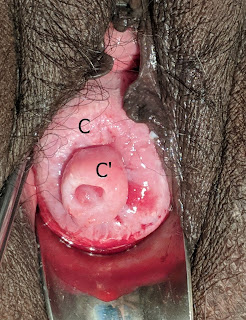 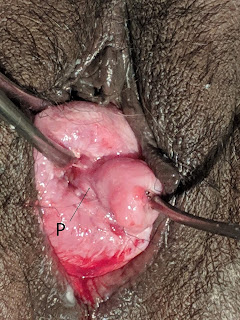 Figure 2. Findings of a speculum examination: traction on the inner ‘cervix’ pulling it to the left shows pedicle of the polyp (P). 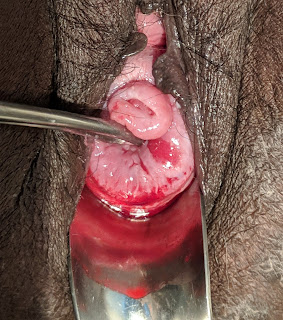 Figure 3. Displacement of the inner ‘cervix’ forward reveals it to be a polyp.

The polyp was removed surgically (figure 4). The cervical canal left behind was found to be normal. The diagnosis of a leiomyomatous polyp was confirmed by histopathological examination. 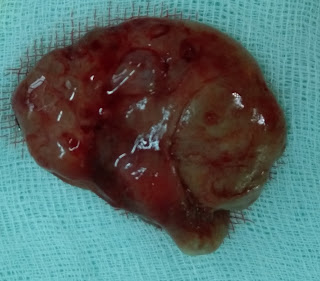 There are number of classifications of congenital anomalies of the female genital tract.[1-4] All of them fail to include a few anomalies. Some new anomalies or variants of older anomalies keep getting reported in the literature. To the best of my knowledge, there is one comprehensive classification.[5] Unfortunately it is not very widely used. The case presented here was initially believed to be a very unusual anomaly by a resident doctor. However the presence of a cervix within a cervix is an embryological impossibility. A careful examination showed it to be a leiomyomatous polyp, with an external os-like depression, from which a small mucous polyp was projecting. This was a very deceptive appearance. Moving the apparent ‘cervix’ in all directions by making traction on it revealed its pedicle attached to the left wall of the cervical canal. This unusual appearance is presented as an image here for training of medical graduate and postgraduate students.

I thank Dr. Neha Mathews for images of clainical appearance, and Dr Sarika Solanke for image of the leiomyomatous polyp after surgical removal.